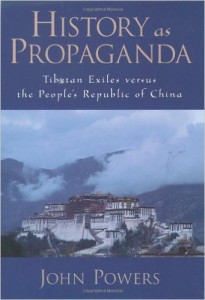 In History as Propaganda: Tibetan Exiles versus the People’s Republic of China, John Powers surveys a wide variety of histories of Tibet, written by Tibetan, Chinese, and western (i.e., American or European) authors. The story of the relations between China and Tibet — is Tibet an independent state or merely a small part of China’s empire? — can be told in many different ways, depending on the interests or agenda of the author spinning the narrative. Of particular interest to me is how Powers notes the normative vocabulary of the historians he surveys. The authors tend to systematically use normative nouns and adjectives — with positive and negative valuations attached to them — in their narratives. See the following two tables: 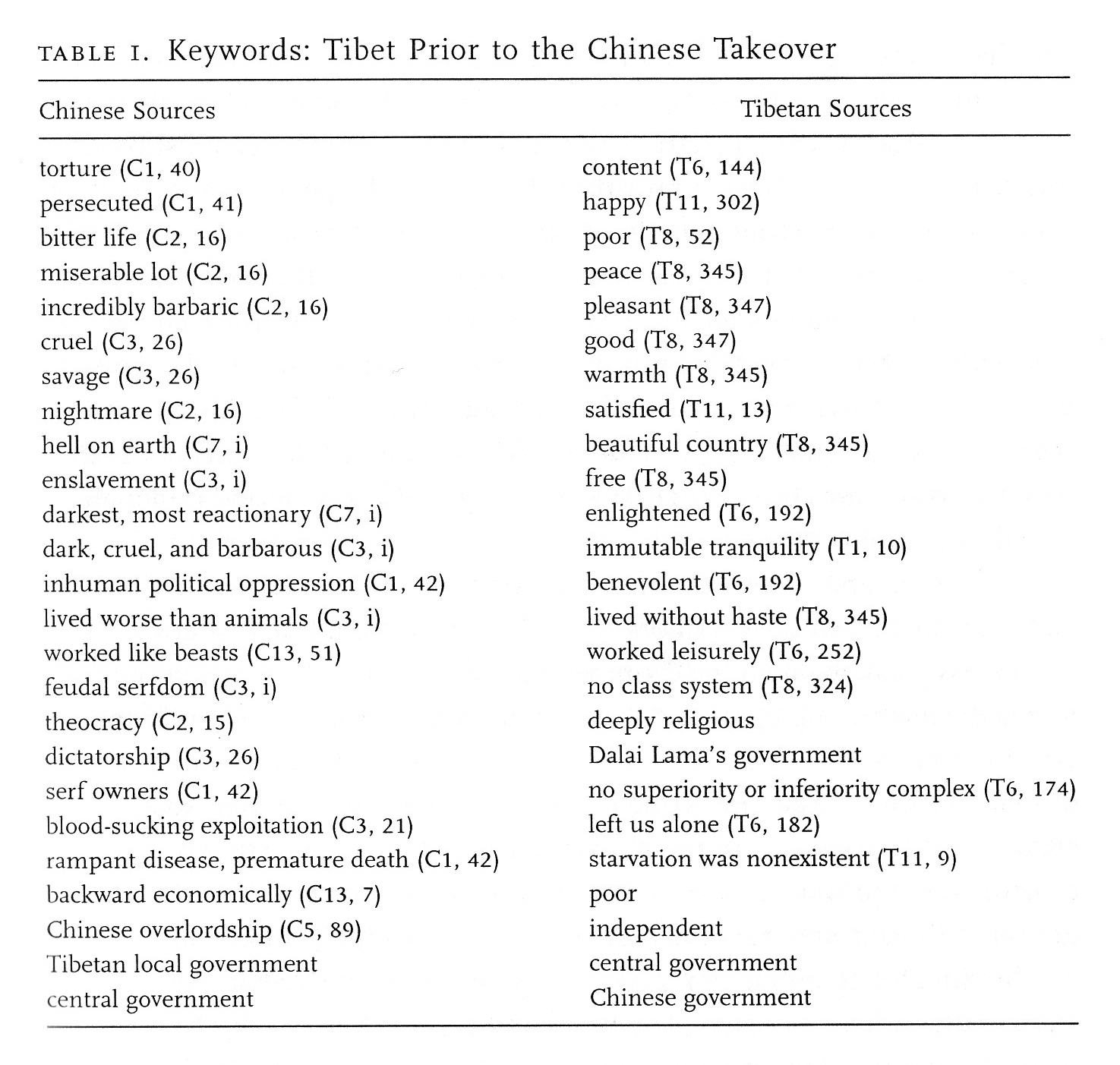 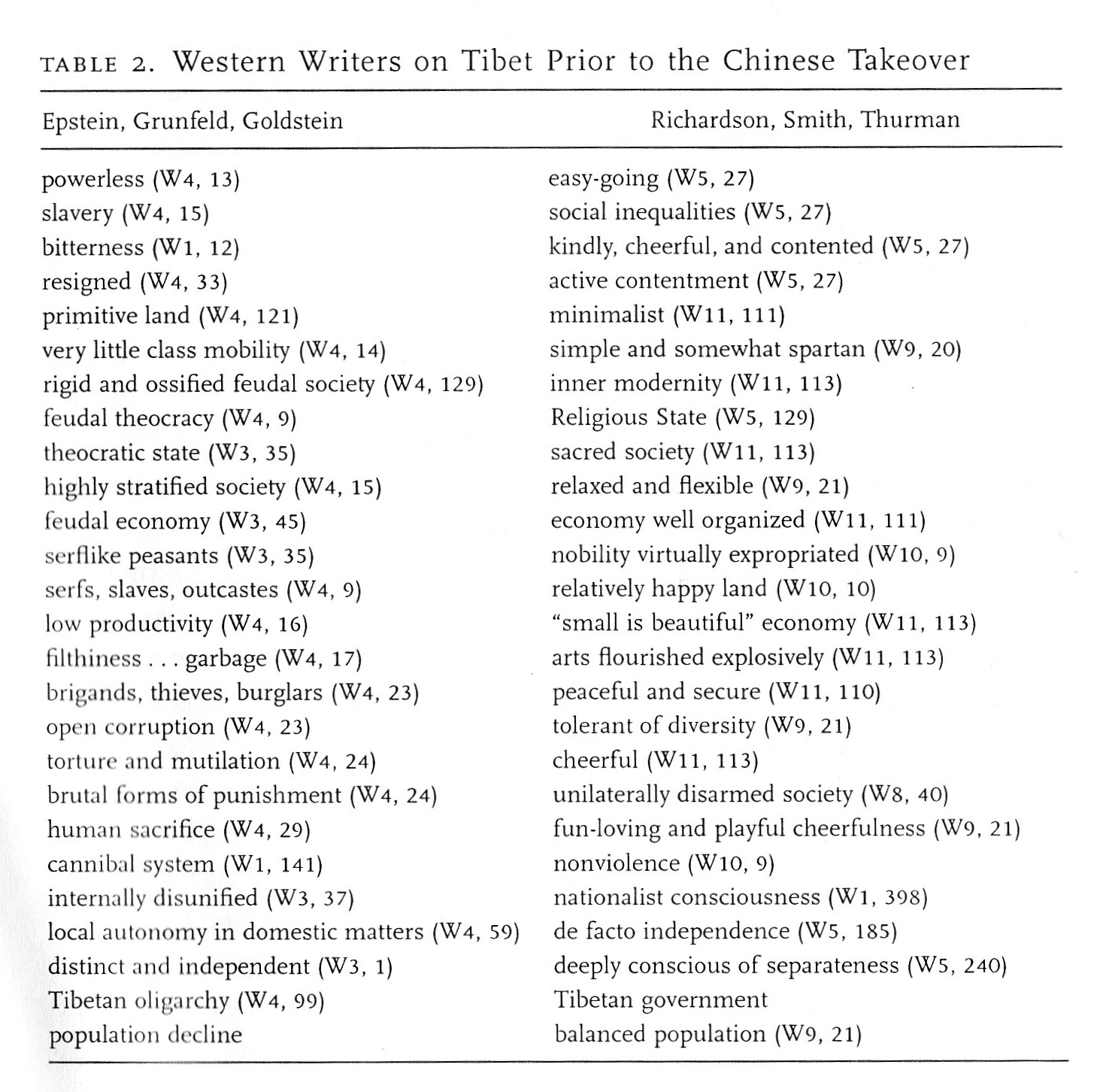 What’s great about this method of telling a narrative is that in any complex or long-lived society one can find all of these things; what sizable society doesn’t have both peaceful and painful moments in its history? Finding what one wants to pick and choose from the remains of the past is not particularly difficult unless there’s too little material to work from, and that’s almost never the case.

Another benefit to this manner of spinning narratives is that one’s agenda can remain implicit or latent; one needn’t explicitly state that either China or Tibet are right or wrong — the normative vocabulary does the work for you. Unstated agendas are less likely to be challenged, as there’s nothing explicit to challenge. Pejoratives are wonderful for attacking without incurring the opportunity costs of appearing to be attacking. So rather than understanding these terms — good or bad — to be merely descriptive, we can read them as constructing particular, competing social narratives. Instead of assuming the role of referee — i.e., determining which narrative is right or wrong –, we should instead turn our attention to the narrators and the histories they are constructing.