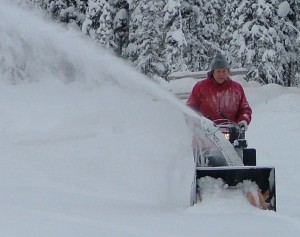 When I was a doctoral student, sometime in the late 1980s, I recall Will Oxtoby (d. 2003) — then a professor at the University of Toronto, member of my doctoral supervisory committee and, a few years later, editor of a very popular two volume world religions textbook — saying that theory was like a snowblower (using a suitably northern analogy to make his point); “it helps you to move things around,” he said.

A traditional phenomenologist in many ways–and “a devout Christian and vocal proponent of interfaith dialogue,” as his alma mater’s obituary saw fit to point out–Oxtoby clearly assumed that the things of religion (much as many scholars of identity equally assume identity to be) were solid objects out there in the real world (or at least solid sentiments deep inside people’s hearts) and scholarly tools simply merely helped us to work with them and see them from different angles. In this way, he used “theory” more as some would use “method” or “methodology” — in fact, the two are interchangeable for many scholars today. So his interest was apparently limited to studying (as the old saying goes) “that which presents itself to the senses,” of its own accord. Theory, then signified a collection of tools to help us manage all of the many splendid presentations competing for our attention. 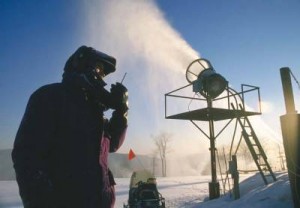 Now that about twenty five years have passed, I forget exactly why we were having that conversation, but in hindsight it’s clear to me that we were staking out positions with respect to each other — for we did not agree on too many things when it came to the study of religion. So I recall replying (in keeping with the wintery imagery of our conversation), that I, instead, thought of theory as being more like a snowmaking machine at a ski resort: for without the device there is nothing to move around and no hills to be groomed. That is, I started with the assumption that the world does not actively pre-arrange and then present itself to our senses in neatly and naturally packaged units (like rows of ground beef in plastic-wrapped Styrofoam trays at the grocery store). So theory is a word that I used not just for explanatory, causal accounts but for the self-conscious examination of the conditions (intellectual? social? historical? economic? political?) that make it possible to say that we know something about the world, that something in particular is significant and ought to be talked about. A Freudian theory about the individual in society and the nature of the psyche makes it possible to talk about this thing called anxiety; studying anxiety is thus possible because of theories such as this, not the other way around. Whether or not one feels anxious or some ill-defined foreboding or dread, without the theory I’m not sure one will have a name for it, be able to distinguish this “it” from the hubbub  of daily life, or even see “it” as a problem to be overcome or cured.

So without a prior theory — without a self-consciously employed system to distinguish and then focus attention on a this as opposed to a that — there is, it seemed to me then and still does, nothing to sort through and arrange, for we have no way to mark anything as significant and worth talking about. 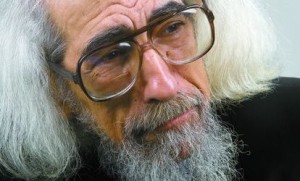 There is much riding, I think, on that notion of self-consciousness, for It seems to me that a scholar’s job is to take the usually taken-for-granted structures that allow people to navigate daily life (in the most mundane of ways, which makes them all the more interesting) and make of them items of conversation and debate. Which is likely why the work of Jonathan Z. Smith — who, through an odd quirk of administrative need, was himself a doctoral advisee of Oxtoby’s when Smith wrote his (unpublished) 1969 Yale dissertation, “The Glory, Jest, and Riddle: James George Frazer and The Golden Bough” (see the Preface, p. iii) — has increasingly struck me, over the years, as being so important for a field that has never really shaken off the late 19th century notion of animism (inasmuch as many scholars of religion still seem to presume that the world speaks to them in its own voice of its own significance); for, as Smith famously wrote, over thirty years ago:

the student of religion,… must be relentlessly self-conscious. Indeed, this self-consciousness constitutes his primary expertise, his foremost object of study.” (Imagining Religion [1982], ix)

8 Replies to “Our Primary Expertise”