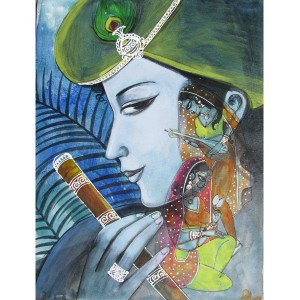 The controversy surrounding Wendy Doniger’s The Hindus: An Alternative History reemerged today with word that Penguin India has agreed to withdraw and destroy copies of the book in India to settle a lawsuit alleging that Doniger’s book hurt the religious sentiments of “millions of Hindus”. (The full text of the legal complaint is available online.) The response from scholars in the United States has been anger and shock over Penguin’s decision and concern over the freedom of expression in India. While much can be said on many issues, what intrigues me here is the shifting assumptions in the contested definition of Hinduism.

Those suing Penguin alleged that Doniger wrote “with a Christian Missionary Zeal,” thus identifying her as an outsider, non-Hindu, yet the accusers reflect my image of a stereotypical Christian missionary position (pun intended) while Doniger’s assertions do not. The accusers assert in the complaint,

9. That YOU NOTICEE has yourself stated at page 15 that your focus in approaching Hindu scriptures has been sexual. “The Sanskrit texts [cited in my lecture] were written at a time of glorious sexual openness and insight, and I have focused precisely those parts of the texts.” So the approach of YOU NOTICEE has been jaundiced, your approach is that of a woman hungry of sex.

While I certainly make no representation of Doniger’s personal life, her scholarship, as she states in the quote selected by the accuser, has emphasized examples of sexual openness at times.

10. That YOU NOTICEE should be aware that in Hinduism linga is an abstract symbol of God [shiva] with no sexual connotations but YOU NOTICEE emphasizes only those texts which portray linga as erect male sexual organ [page 22].

The accusers make an interesting assertion here, declaring that the linga has “no sexual connotations” before admitting that some texts give it sexual connotations. This conflict illustrates that the contestation centers on the definition of Hinduism. In a similar fashion in section 23, the sexual purity of Sita, the wife of Rama in the Ramayana, and Laxman, Rama’s brother, according to the accusers, is one of the “pillars of Hindu beliefs.” The accusers want to circumscribe any reference to open sexuality, maintaining a puritanical position that looks more like a particular understanding of Protestant Christianity (thus the adjective “puritanical”) than Doniger’s.

In these three examples, the accusers emphasize a restricted conception of textual authority similar to conceptions of sacred texts by many of those who identify as Christian or Muslim. The assertions in section 22 that an unchanging text means that its interpretation also remains the same reflects a concept to textual authority that differs from the approach of many academics, including Doniger. Doniger’s celebration of the variety of texts and interpretations, rather than the supreme authority of a specific text or list of texts with one possible interpretation, does not resemble the stereotypical Christian missionary position.

Ultimately, the court case and Penguin’s response represent another competition over the boundaries of what both parties label Hindu. While the accusers attempt to dismiss Doniger for a “Christian Missionary Zeal” (much as some commentators dismiss the accusers as “fundamentalist”), her selections and preferences seem to be less reflective of predominant Christian assumptions than the assertions of the accusers.

While I cannot speak for Doniger, many Europeans and Americans attracted to India, including some of the dreaded British colonizers, prefer and celebrate those elements that differ from aspects of their own heritage. So, as Doniger celebrates a particular image of Hinduism that appeals to her, possibly because it differs from dominant forms of Christianity, her critics resist her definition, preferring elements in their definition of Hinduism that they are comfortable with, and that happen to be similar to aspects of dominant images of Christianity. The one group promotes the definitions that they find attractive through research and academic authority; the others promotes their definition, in this case by opposing those elements through legal means. While I would not equate the two positions, the similar interest in promoting one’s preferences and different responses to dominant paradigms make the contest even more complicated.

One Reply to “Reversing Roles in the Definition of Hinduism”