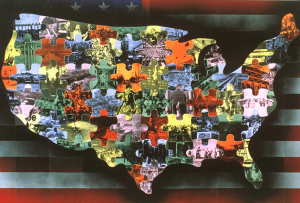 Two recent incidents of mistaken identity in the United States have garnered significant attention. The crowning of Nina Davuluri as Miss America, the first Indian-American to win that pageant, spurred some people to tweet their displeasure, associating her with Arabs and terrorists and questioning if she is American. In a more physically violent incident, some men attacked Prabhjot Singh near his home in New York City, taunting him as “Osama” and “terrorist,” apparently because of the turban he wears as a part of his expression of Sikh identity.

Why does it matter if these individuals’ identities were incorrectly deduced? Would the violence of language and physical force be acceptable if the perpetrators knew who their victims “really” were? Of course not. Correctly identifying someone as Arab or Muslim would not make violent acts, whether verbal or physical, less horrific. Someone who identifies as Muslim or Arab is not responsible for the attacks on September 11 and does not deserve to be victims of violence. An identification, rightly or wrongly applied, does not denote culpability, let alone moral essence.

So, why do these incidents get so much attention? It seems that the mistaken identity allows us to demonstrate our superiority to the perpetrators of the violence, who are obviously woefully ignorant about people’s true identities. (See the name-calling here and here.)

However, the violence of mistaken identities is actually quite pervasive, though not always on such a sensational scale. For example, within one account of the attack on Singh is the assertion, “All Sikh men use the last name ‘Singh,’ while women use the name “Kaur.'” Of course, that is patently false, a case of mistaken identity, in essence, as many who identify as Sikhs do not take the last names Singh or Kaur. Asserting that all take those names or wear turbans marginalizes those who understand their Sikh identity differently.

In an interesting twist, the victim of the attack in New York City is quoted as describing the attack as “just not American.” While certainly a savvy way to reinforce his own identification as American and the values that he wants to assert, that association of acceptance of others as American is not how everyone in the United States recognizes “American” values. Some might even declare that a case of “mistaken identity.” In that case, a certain amount of rhetorical violence exists within any expression of identification to foster particular ideological ends (whether one agrees with them or not).