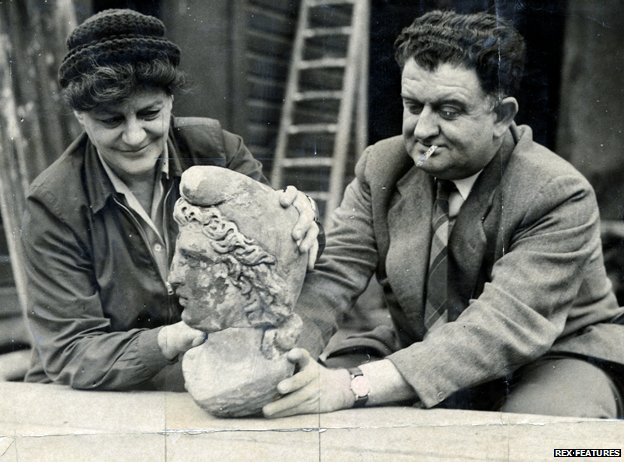 BBC News ran a feature this morning entitled “Temple of Mithras: How do you put London’s Roman shrine back together?” about a sixty-year-old excavation of a Roman temple, the remains of which were found when an insurance firm was being built on the site where the third-century shrine once stood. In the span of a couple of weeks back in 1954, a whopping 400,000 people lined up to see the ruins before they were moved and placed on display.

But now that Bloomberg is building on that same site, the Temple of Mithras is going to be reconstructed there beneath the office block, and the questions of originality and authenticity speed to the fore. Namely, to the point of the BBC feature, “how do you put a Roman temple back together again?” Like the restrictions placed on renovations of homes deemed “historic,” there are attempts at “getting it right” here, too (There’s a telling post on the blog for “Old House” entitled “How to Find Out if Your Home is Just Really Old or Historical”). The team reconstructing the site are working off of the 1954 excavation records, along with “calling on people who saw the 1954 dig to help out and send colour photos, cinefilm or oral memories.” Hardly exact science. But then again, how could it be? In another article about the move, current site director Sophie Jackson is quoted as saying, “The only bit of the entire building that we can be absolutely certain is both original and in the right place is the doorstep.” And besides, “ground level in Roman London is seven metres below today’s city.” So, everything in the present city is built on top of something else.

The question for wannabe-homeowners with a taste for all things vintage applies here, too: Namely, just how do people find out if a relic or site is “just really old” or “historical”? Those classifications, it would seem, once applied, garner vastly different degrees of value… and funding. 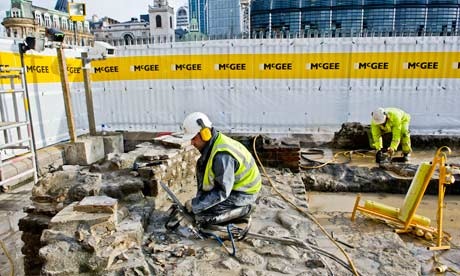