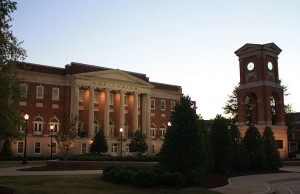 Okay, full disclosure: I had every intention of posting this short note two days ago on June 11 to make sure it went online on the same day as the anniversary it describes.  But, maybe it’s fitting that the scheduling was a little off-kilter…  Because what’s in a day, anyhow?

Anniversaries are weird.  If you don’t find yourself wearing an awkward party hat and singing, you’re sitting at some ceremony wherein some officiate or other is telling you that the only way to understand the present is to appreciate the past or some such.  When people talk about a particular day being important because of what happened on that same calendar date how ever many years ago, I get a little stumped.  I can’t figure out why the calendar rollover is what brings something or someone to mind.  Seems kind of arbitrary.  Or, let me put it this way: what and how we remember appear to say way more about the person remembering than they do about the supposed “thing itself” being remembered.

Because depending on your interests and/or taste for trivia, Tuesday (June 11) might have stood out because it marked Ben Franklin’s invention of his Franklin stove in 1742, the patent of a gas-driven automobile in 1895, the adoption of the Puerto Rican flag in 1891, or the release of Hitchcock’s first film in 1928 (thanks, internet).  The University of Alabama (my home institution) held its own commemorative event that day, marking the 50th anniversary of the school’s desegregation with the enrollment of Vivian Malone and James Hood, as well as George Wallace’s infamous “stand in the schoolhouse door.”  In 2010, the campus saw the construction of the Malone-Hood Plaza and Autherine Lucy Clock Tower (named for the first black student to enroll at UA in 1956, who stayed only three days before her safety was in danger and she was expelled).  These memorials came on the heels of renovating the auditorium itself—a process that was not at all a sure bet, the building having fallen into disrepair for some time.

A few things stuck out about the 2010 dedication of the renovated Foster Auditorium and new plaza/clock tower.  The day’s events were, of course, pitched as being about the significance of Foster, Vivian Malone and James Hood, and the happenings of June 11, 1963.  Pretty quickly, however, it became evident that the ceremonial events had far more to do with UA—the progress it has made, the “commitment to diversity” it now maintains, the inspiration drawn from figures like Malone and Hood, the opportunities for students today.

A website with video from that day, descriptions of the major players in desegregating the university, and a timeline of events is available here.

Conspicuously absent from the commemoration was any substantive mention of the attitudes about racial integration on campus at the time, of the consistent threat of violence aimed at African Americans during that time in the community.  There was little mention of “race” at all, in fact.  Instead, we were asked to think broadly about the enduring power of “the human spirit” and to celebrate the resolve of determined individuals. The dedication of the new plaza was, as suggested by the aforementioned website, about “A New Beginning: A Tribute to Courage and Progress.”  Some people were frustrated with what they deemed to be a literal whitewashing of a very complicated day and series of events leading to integration at UA.  They had a point.  But in the follow-up response, there was an attempt to “get the story right” and “tell the real history.”  The focus of many responses to the plaza and clock tower dedication had its own specific and exacting narrative, one that attempted to “recuperate” what interested parties were convinced really happened in 1963.

But therein lie my own interest, as well as what I think is useful to think about vis-à-vis broader studies of identity and the oft-deployed notion of “cultural memory” (a fly in my intellectual soup, I’ll admit).  Namely, commemoration seems like any other mode of exegesis.  That is, we think we can approach the past as a stable thing that will hold still and reveal its mysteries and lessons to us if we are simply careful enough observers.  The past becomes in this way a text whose meaning we think we can access and extract.  How else can a day “live in infamy”…?

The point is not not to commemorate, necessarily (unless you’re interested in avoiding those pesky party hats altogether, which is fair enough, though it probably won’t make you popular at family gatherings).  I see the issue instead as being one of seeing that commemoration as always inevitably being about the people making choices on how to commemorate.  It’s a matter of keeping our eyes on the ball.  And in this case, the ball isn’t Foster Auditorium or desegregation.  It’s a campus (well, more specifically, an administration or planning committee) navigating ways to talk about its more embarrassing moments.