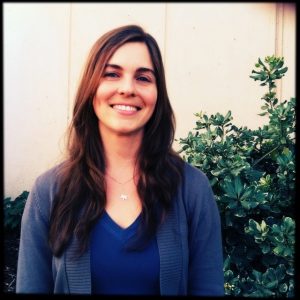 My short answer to this question has actually changed a bit in recent encounters. I used to answer by referencing my sub-field and saying something like, “I study American religions.” However, I now try to answer with something more like “I study religions in the US” or “I study religion in American culture.” While in some ways these statements seem quite similar, there is actually an important distinction. Over the years I have found that the former answer is pretty meaningless and confusing to non-specialists — What is an American religion anyway? — while the latter can be a bit more helpful in designating both the geographical space and the plurality of things that I might be examining. Some assumed that “American religion” was synonymous with Protestant Christianity, and so after underwhelming many a flight companion with my lack of biblical expertise, I started shifting my language to more accurately reflect what I think I do. The longer answer is that my research interests revolve around questions of religious diversity in contemporary US culture, including the ways in which concepts and practices of race, ethnicity, gender, sex, and embodiment affect the classification of human behaviors (e.g., as religious, spiritual, or secular).

Often the question of American identity is a factor in my research. The long history of colonialism, enslavement, and migration in the US has offered countless examples of the ways in which American identity has been negotiated, granted, and withheld for all kinds of reasons. Who counts as American, it turns out, is not obvious or given, and one way national identity is negotiated is based on how one’s religious practices and beliefs fit into dominant cultural frameworks. For example, Catholics in the 19th century were just one group that struggled to find their place in an American cultural landscape that demonized the Pope, church hierarchy, and Catholic religious ritual as superstitious, dangerous, and anti-American. The exclusionary nature of nativist claims to American identity are just one way that religion is utilized in the construction of national identity. Religion — and the classification of practices, beliefs, and groups as religious or not — is an important factor in all kinds of identity construction, not only national, but also communal, familial, and personal.

My most recent article (co-authored with Jenna Gray-Hildenbrand of Middle Tennessee State University) investigates the identities constructed in relation to the practice of hoop dancing, a form of hula hooping that combines adult sized hoops and dance music. The number of descriptions of hooping as a practice that is “like religion” serves as the basis of our research. In our article, we examine the connection between embodied experiences in the hoop, the identification of those experiences as religious or spiritual, and the communities that are created as hoopers attempt to continually recapture the experiences of flow that they deem extraordinary. We examine the ways hoopers deem transformational experiences within the hoop as spiritual or religious and how they construct paths to truth and authenticity through embodied practice. These new religious movements are not institutional nor are they tied to formal creeds; rather, they reflect the ways in which religion has become a category of experience that can create meaningful communities of practice for individuals.

I am currently researching human body exhibits (like Body Worlds) as sites of public meaning making that reflect and perpetuate a particular set of neoliberal humanist values. I argue that these exhibits are not simply anatomical displays, but also sites meant to educate and discipline visitor bodies in ways that reproduce certain cultural logics of universal kinship and individual responsibility. The production of many such exhibits relies on the enterprise of buying and selling large numbers of human bodies that have experienced racial, structural, and carceral disenfranchisement. This commodification of institutional oppression stands in stark contrast to the ideals of universal humanism that those same bodies will come to represent in the exhibition spaces. In this project, human identity is examined in the intersections of institutional production, public reception, socio-historical context, and cultural objects of display. My work also compares contemporary human body exhibitions to other historical examples of bodies on display to look for broader patterns of public meaning-making.