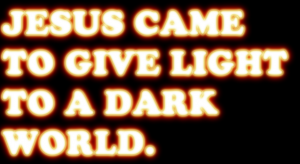 By now we’ve all heard about and perhaps even participated in the debate sparked by FOX news correspondent Megyn Kelly that Santa Claus is white and Jesus is too. Edge member Leslie Smith’s post about this recent tug-of-war of identity claims demonstrated how such conversations are made possible by some highly inventive—even outrageous—ideas. This past week, another assertion that foregrounds the difficulty of taking such outrageous claims seriously posited something curious about what the public outrage reveals or uncovers and what steps we should take next.

Both sides of the debate ultimately rely upon the same tactics and mechanisms that assist Kelly in making such preposterous assertions possible in the first place, suggesting that as much as things have “changed in America,” they also stay the same. If being honest – I’d for sure advocate for a brown Santa and Jesus over a white one, no doubt, but I also realize that I do so out of my own locus of curiosities and interests – and blackening Santa or Jesus notwithstanding, I am hard pressed to think that my own position on the issue requires and necessitates some archaeological dig or quest in search of “the original” historical Jesus or jolly St. Nicholas. For changing the skin color of Jesus and Santa hardly produces the types of structural change I’d like to see in the world.

But what does studying the color contest reveal? A recent CNN Belief Blog piece written by Edward J. Blum suggested that:

The immediate and widespread rebuttal showcases how much America has changed over the past few decades. The nation not only has a black president, but also has refused to endorse the Christian savior as white.

Indeed – the nation has changed – for all things do indeed change over time, however using the large scale public outcry detesting the gesture of a white Jesus (or the reminder that we now have a black president) as a reliable indicator that things are perhaps changing for the better (for whom and for what?) strikes me as a sentiment that effectively hinges on adoption of the theoretical fiction of having arrived at a post-racial America. This is not to suggest that Blum set out to make such an argument, however, such is the effect of reading too much into what the Kelly brouhaha suggests about the contemporary social moment. In thinking about the production of difference and how difference is maintained –if a white Jesus produces a black Christ – doesn’t a black Jesus therefore also produce (and ultimately rely upon and keep in place) the notion of a white Christ? In other words, the more things might change, the more they stay the same—somebody is gonna hang on a cross.

Does the “widespread rebuttal” against Kelly’s anger about trading in the image of white Santa or Jesus reveal how far we’ve come as a nation? If we go with such a claim – why not then turn to or use Kelly’s anger (in response to Aisha Harris’s slate.com piece) and public naming of “white” Jesus on national news as “racial progress?” If we use the logic of outrage as a measure – couldn’t we then too consider Kelly’s anger and explicit use of the signifier “white” as a move in the right direction? That there was enough “truthiness” in the slate.com piece to which she’s responding to force her into naming that invisible “thing” which is usually taken for granted? That is, didn’t she have to, in some way, buy into Harris’s claim enough to even be moved in such ridiculous ways?

I’m sure that many of us would disagree – for such anger about such things isn’t really “new” either. And neither is the protest. And that’s just it. The fierceness of such debates doesn’t as much self-evidently reveal something about “real” change in the world as much as it nicely demonstrates the manner in which such debates and conversations are used to advance and ground our own benefits, affinities, (in)securities, interests, and politics. For the fact that much of this debate rests upon an all too simplistic descriptor of skin color as proxy for the modern invention of race and the conglomerate of processes that maintain its structural salience renders much of the debate seemingly innocuous and thin.

And while the brevity of the skin color debacle and public reaction allows Blum to advance an idea of societal change, he then seemingly moves outside of or beyond the historical and contingent when he concludes with the following turn to the wise nuggets of scriptural truthiness:

Obsessions about race are obsessions of our age, not the biblical one. When asked what mattered most, Jesus did not say his skin tone or body shape. He instructed his followers to “love the Lord your God with all your heart” and to “do unto others as you would have done unto you.” Maybe this Christmas season, we can reflect not so much on whether or not Jesus was white and instead consider what it meant for him to be called the “light” of the world.

But if obsessions about race in “our age” are not equivalent to the “biblical one” why should we then assume that Jesus’s assertions to his followers or identity as “light” be applicable in our age? Is such a claim even possible without positing or assuming that such words hold within them a timeless and trans-historical element, impulse and kernel of truth and meaning?

Does Jesus as light trump Jesus as white? If so, it still leaves us to contend with the dark that makes the “light” possible.