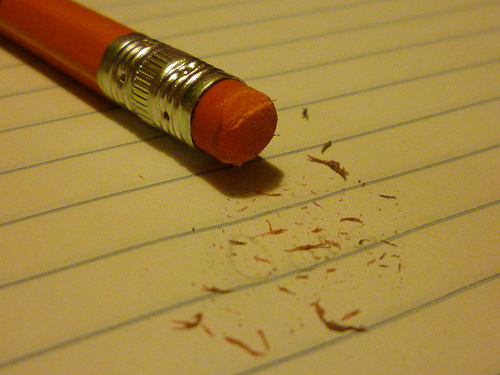 There’s been a series of commentaries online recently on the topic of using the term “data” when naming the (what shall we call “it”?) …, stuff that we, as scholars, study — commentaries driven by worries, in many cases, that this word erases the inherent worth and humanity of the people so named. The members of Culture on the Edge tackled this topic both here and here, all in favor of an informed/specific use of this technical term, and a more diverse group of responses also appeared at the Bulletin blog (here and then also here).

What I find so ironic about all the worrying that appears in some of these responses and also some of the comments on Facebook (where the debate began) — some of which favor such alternate terms as “conversation partners” or even “teachers” — is that the historical and human conditions of this very debate, its specifics, have been quite nicely erased and no one seems to have noticed it or minds it all that much — which nicely exemplifies that, at least as I see it, all discourse (including our discourse on the term “data”) is a matter of representations divorced from whatever the world may or may not really be. (I’ll leave Kant to speculate on how we can make claims about that while also knowing that we logically can’t get past mere phenomena.)

For this all began when a Facebook debate took place concerning the title of a post on this site by our own Leslie Dorrough Smith. A long debate on one person’s wall then developed, of which Leslie was not part but in which I participated, since I don’t think Leslie’s a friend of the person who first shared her article. So Leslie, the author, the one making the claims in the first place, the one whose title was being debated, and thus the one whose voice some people seem to be so concerned about including and hearing, was systematically excluded (for structural reasons, woven into the very way in which social media functions — we can’t be everyone’s friends, after all).

Where did Leslie go in all this? Where is Leslie’s agency? Her meanings and intentions? (She, of course, participated in one of our later posts on this topic.) What link is there between my use of those six letters — L-E-S-L-I-E — and some real flesh and blood person — or persons, since I have no doubt that she, like I, has complex personae that flit in and out of existence? And what do I make of the fact that many commenting on all this surely had no idea that there was a Leslie-person apparently at the root of it all?

So are those who see themselves as working to protect or recover the humanity of the people we talk about to be blamed for not investing Leslie with agency and a voice of her own, for not having a conversation with her or for failing to let themselves be instructed by her by simply first asking what she meant by the term before they judged its — to some of them, at least — dehumanizing implications? Or is this just how discourse works — such as my rhetorical use of Leslie in this very post — suggesting that quests for origins and authenticity and unique personhood are rather misguided scholarly quests?

For those on the one side of this debate, this deep irony of erasure at the heart of our topic is worth mulling over, I think. For they’re calling the kettle blackened while we all seem to be stuck in the same fiery conditions of discourse.