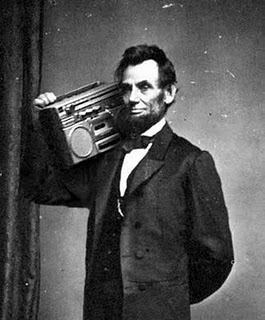 Which way of picturing the past gets to count as anachronistic and which doesn’t?

For if we take the situated nature of human beings seriously — I mean really seriously, which necessitates that we include ourselves in the mix– then all talk of the past is anachronistic, right?

Scholars, no matter how closely they read the artifacts, no matter how deeply they immerse themselves in the archives, no matter how long they spend sifting through dirt at the archeological site, never leave a contemporary situation in which choices alien to their supposedly ancient object of study have constituted that very item as an object of study. To rephrase: the past does not present itself but is, instead, continually re-created by other people’s choices (concerning what to talk about and what to ignore) and sheer accidents (concerning which clay pot happens not to have been trampled) — both of which take place long after the people who came long before us had left the stage. For what’s past is past.

So for example, people in the 17th century (the vast majority of whom are irretrievably lost to us today, we must not forget) did not decide what would be in our museums and thus count for us, today, as representative of them (as if there was some coherent them then). Instead, given our penchant for narratives of progress, causation, and historical development that understand the past as irresistibly leading up to us, it was events deemed as important by people in the 18th century that determined what from the 17th they collected in their museums. And so on and so on…, all the way up to us: talk about the past, working ever further backward, is an incremental construct of a continually revised present, ever working forward.

Since we cannot stand outside history, because — unlike a novel’s omniscient narrator — we possess no privileged, god’s eye viewpoint, we therefore have no pristine, control situation by which to judge the accuracy of our attributions and interpretations. Instead, we only have the current (and themselves changeable) rules of historiographical discourse to determine what now counts as a legitimate claim about then. And so the past is not just a foreign country but discourses on the past are attempts to control what is, in fact, an utterly unregulatable economy. Sure, whether they intended it or not, the sheer weight and thus durability of some people’s marble statues (with or without their arms) seems to have given them an upper hand in setting the terms for what counted as ancient for us, but Social Historians turned that on its head when they came up with a new set of interests.

So if talk of the past is always other people’s retrojected concerns, criteria, and judgements, then which of those are dismissed by us as merely anachronistic and which are shelved in our libraries and taught in our schools?

One Reply to “What’s Past is Past”