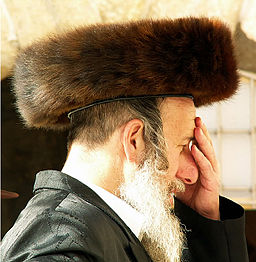 What is the nature and benefit of prayer? That question is at the heart of an exchange last month between Leon Wieseltier, the literary editor of the New Republic, and Tanya Luhrmann, a Stanford University professor of Anthropology. In “Dumbing Religion Down in the New York Times,” Wieseltier critiques Luhrmann’s contributions concerning prayer and speaking in tongues. He questions her emphasis on their psychological benefits and joyful results that misses “the pathos in every prayer”. He further chides her positive depiction of speaking in tongues for reflecting a rejection of articulate theology and her assertions that religion is about more than belief. He further asserts,

“Secular liberalism,” with its demand for the justification of metaphysical opinions, has more to offer religion than the immediate gratifications of a credulous joyriding. Luhrmann is peddling another intellectual argument for anti-intellectualism, another glorification of emotion in a culture enslaved to emotion. I choose to shun the unintelligent light and remain in the intelligent darkness, and sweat it.

Luhrmann responds to Wieseltier’s critique in “Odd to Each Other,” published on the Immanent Frame. She denies proselytizing for religion, describing her effort as discovering the worthwhile in practices, however strange they may be to her or many of her readers at the New York Times. She references Emile Durkheim to support her point, asserting

[Durkheim] said that we could not understand religion if we began with the premise that religion was founded on a lie. He did not mean that God was real (he was a devout atheist). He meant that if we wanted to understand why religion is so palpably important to so many people, we need not to begin with the assumption that they are idiots.

This conversation resembles sui generis debates in religious studies over whether religion is unique or can be reduced to something else. Wieseltier sounds annoyed that Luhrmann reduces religion to a psychological effect of making people feel good, while Luhrmann responds with Durkheim, whom many understand to be reducing religion to society. Yet, Luhrmann and Wieseltier actually hold a lot in common. They both start with the assumption that religion not only exists as a definite object but also is particularly valuable for humanity. In fact, they both employ a reductionism. For Wiesltier, religion should emphasize an articulate theology, a belief, whereas for Luhrmann religion is a psychological benefit. Therefore, even the act of describing something as sui generis is an act of reduction, selecting particular aspects of society that become treated as distinct and normativized in a particular fashion.

While scholars and others in the internet audience take sides in this debate, (see the comments as well as a follow-up post on Religion Dispatches, which promises more posts to come), I want to encourage analysis of the act of classification itself. What interests encourage anyone, whether Luhrmann or Wieseltier, the New York Times editors or the people whom Luhrmann interviews or the John Templeton Foundation (which funds part of Luhrmann’s current project), to identify particular practices and conceptions as this unique category labeled religion, which then becomes the object of contestation? Of course, my preference implies its own normative assertion, that we should attend to the effects of the classification of aspects of society as religion and the power relationships and interests that promote and are promoted by those acts of classification.