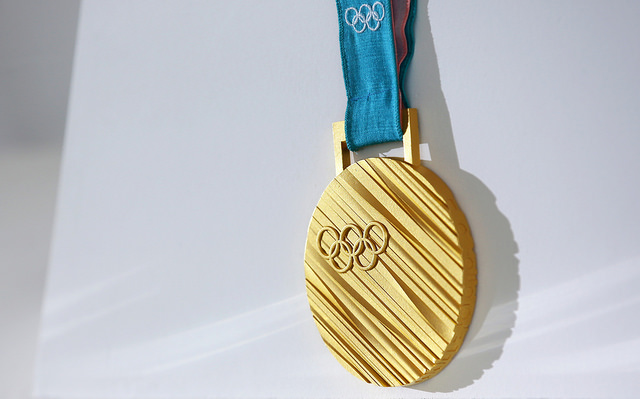 In the 2018 Winter Olympics, the challenge to the nation-state is apparent in the joint Korean team, both in the opening ceremony and in the women’s hockey team. Despite significant geo-political tensions between the two Koreas (and perhaps because of those tensions), the leaders decided to emphasize a different notion of Korean nationality that ignores the two states on the peninsula and thus highlights the arbitrary, constructed nature of the contemporary nation-state. Yet, the contradictions extend further. The Korean women’s hockey team scored the first hockey goal ever by Korea in the Winter Olympics last Wednesday, but the woman who scored it is an American citizen. Randi Griffin grew up in North Carolina, attended Harvard (where she also played hockey), and has pursued a Ph.D. at Duke University. Because her mom emigrated from South Korea to the United States, the South Korean team invited her to play for South Korea, which then became the united Korean team. Perhaps this represents the Olympic spirit, but it also illustrates the complexity of maintaining a national identity despite the diversity and complicated associations of the citizens of any nation.

These contradictions are not something unique to the combined Korean team. In Ice Dancing, three of the leading teams all train together in Canada, though one team represents France (silver medal winners), another the United States, and the third Canada (gold medal winners). In the ice skating pairs competition, the gold medal went to a Ukranian woman and a French man, both skating for Germany. Aliano Savchenko skated in the 2002 Olympics for Ukraine and won bronze medals in 2010 and 2014 for Germany. After 2014, she joined with a new skating partner from France, who  received permission  to skate for Germany in 2015. Numerous examples exist throughout the games of athletes who cross national borders to train, to play professionally, and to represent a nation, alongside the centuries of populations shifting through immigration.

So, for what athletes do we cheer? For many people, beyond an individual preference for one athlete’s style, skill, or story, it is the national team. We often cheer for those who have our national flag on their uniform, whose victory gets included in our nation’s total medal count. But this connection is not a personal relationship; we often know little if anything about them, beyond what we are told. We might actually have a closer connection with someone representing another country, perhaps even living closer to that athlete representing Korea. The assumed connection with those who wear our national flag is what Benedict Anderson called Imagined Communities. The symbols such as the flag beside their name on the results list tell us that we have a connection to them, that they represent us, and we respond by imagining that we all form a community.

While the speed of travel and communication certainly facilitates challenges to the nation-state, these are not new complications. Political and military events change the boundaries of nations, highlighting their constructed nature, and population shifts are nothing new. Creating and maintaining the national identification and loyalty requires significant work and an Olympic-sized imagination that covers over the fissures in a national commuity.