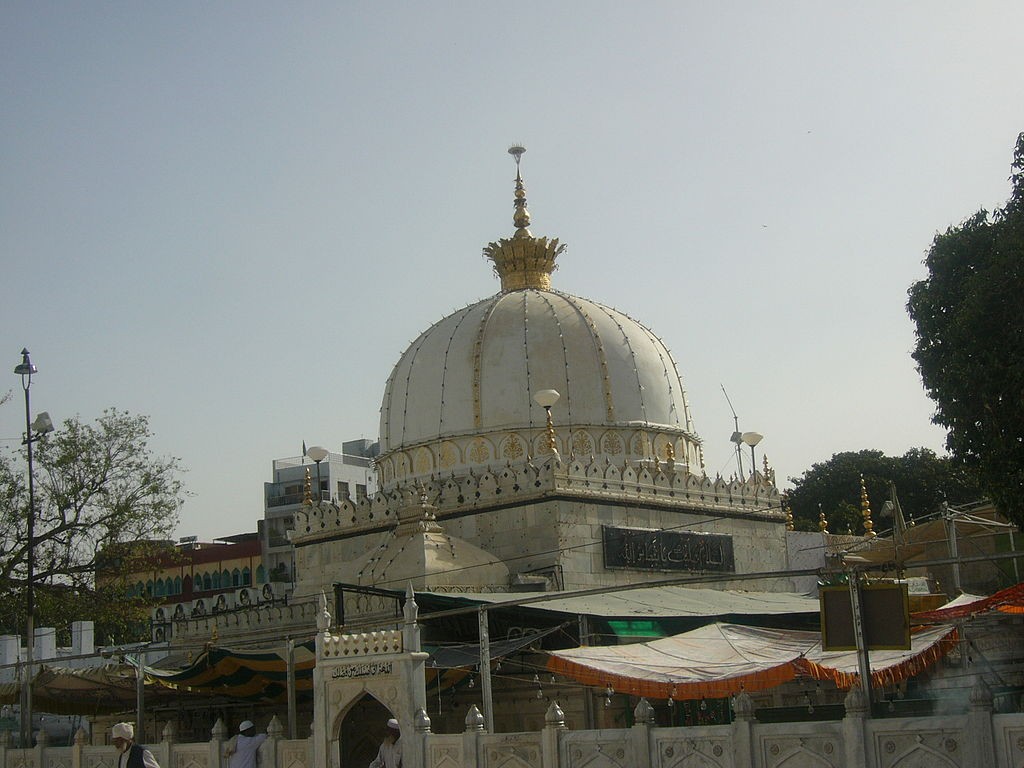 We often assume that actions are either political or spiritual, that those two categories are easily discernible and inherently distinct, but are they different? At times the distinction is legal, centering on the separation of church and state, while at other times the distinction reflects a personal judgment about the actions of another. Whatever judgment is made, however, reflects the assumptions and interests of the observer rather than an inherent difference, as two recent events illustrate.

The US Ambassador, on behalf of Obama and the US government, presented a ceremonial cloth to a shrine in India associated with the founder of the Chishti order, commonly associated with Sufi Islam, while on Saturday, British Prime Minister David Cameron participated in a festival at a gurdwara in Kent, .

A leader at the shrine in India, who is also a descendant of Moinuddin Chishti, who is recognized as the founder of the Chishti order, interpreted the donation of the ceremonial cloth (a common gift to the tomb of a Sufi) as “spiritual greetings of peace” from Obama, the first non-South Asian country’s head of state to make such a gift to celebrate the death anniversary of Moinuddin Chishti. He further declared, “The underlying message is to promote spiritualism through harmony, peace, and love for all,” the very values that he attributes to the Chishti founder and his own life work. Of course, others probably view this gift as a part of a diplomatic effort to connect and promote groups that present Islam as a religion of peace and harmony. I can also imagine some in the United States who still believe Obama is Muslim could interpret this as a confirmation of Obama’s religious identification. The interpretation is about the person interpreting, not the action itself.

Cameron’s visit to the gurdwara included participation in a procession and other rituals during Vaiskahi, a festival recognized both as a Punjabi New Year and the commemoration of the founding of the Khalsa, a group that now represents orthodox Sikhism for many. In the midst of an election season, Cameron’s participation can easily be seen as a campaign photo opportunity. In contrast to the rhetorical use of Obama’s gift, the ritual leaders at the gurdwara saw Cameron’s participation as a distraction from “spiritual” concerns, forcing him to move his speech to a side room so that he did not interrupt the devotional practices.

In either of these examples, how people interpret and classify the events reflect their own assumptions and preferences rather than some innate character in the actions. The gurdwara leaders chose to distinguish their ritual practices from Cameron’s presence, while the Chishti leaders emphasized Obama’s participation in a spiritual act. Such assertions reflect the interests that an individual wants to promote, as people describe and classify things in ways that help achieve their overall goals, whatever their personal understanding of the event might be, what I often describe as a political act (as it negotiates different interests among groups of people). So, classifying an action as political or religious is itself a political act, but of course, my statement about classification being a political act is itself a form of classification, making it a political act itself. In that sense, it is all political.