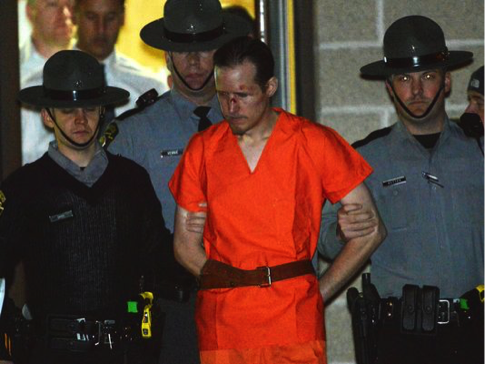 As it turns out, the handcuffs placed on the fugitive once belonged to Corporal Dickson, as did the cruiser used to transport Frein. According to Commissioner Frank Noonan, authorities “agreed that if we had the opportunity, then it would be fitting to use Corporal Dickson’s handcuffs…when we caught him.” At first glance, placing Dickson’s handcuffs on Frein is, indeed, a fitting response to the fear that has gripped the area. Symbolically, it represents the restoration of justice and safety seemingly safeguarded by the authority of law enforcement – with an added symbolic retribution forced upon the criminal. Perhaps, this handcuff story evokes a retributive sort of solidarity enacted as Dickson lives on in the form of his handcuffs now binding the hands of his alleged killer. But the story might also reveal our particular bondage to a certain vision of authority and justice as natural. END_OF_DOCUMENT_TOKEN_TO_BE_REPLACED