I watched the new Rachel McAdams and Will Ferrell movie on Netflix this weekend, Eurovision Song Contest: The Story of Fire Saga. And then I saw some comments on social media and even online reviews about how unfunny it was. They struck me as entirely missing the point, since I didn’t view it as a comedy.  Instead, it struck me as a light-hearted but loving embrace of the 64 year old cultural phenomenon that Eurovision has become. And so, without an understanding of that history, of what the song contest was established to help accomplish, and how it has or has not actually accomplish those goals, sure, the uninitiated viewer may feel a little lost, much like someone utterly unfamiliar with NASCAR (yes, they do exist out there) trying to make sense of why Ferrell’s 2006 Talladega Nights: The Ballad of Ricky Bobby struck others as so hilarious. END_OF_DOCUMENT_TOKEN_TO_BE_REPLACED 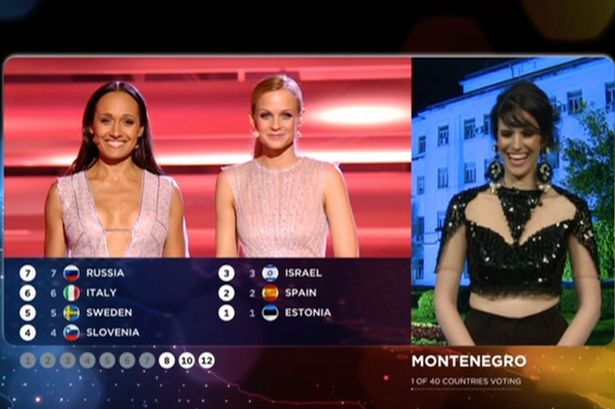 Like Wimbledon, I watch the Eurovision finals each year — we started doing it a few years ago. I was in Greece during the finals back in 2009 (“This is our night!”) and, since then, have gotten a kick out of the finals, especially the hour long voting ritual once all the songs have been performed, when local hosts, presumably from each country’s own telecast, “call” into the host city to reveal who their country voted for. That the awkward time delays in almost all of these reports makes it seem like a 1970s interview from halfway around the world, coupled with the fact that each country’s local host presumably wants to get as much as they can from their 30 seconds on air with the estimated 180 million viewers worldwide, while the event’s hosts back at the venue squirm on-air because they just want to hear their votes so they can speed things along, makes it all the better. END_OF_DOCUMENT_TOKEN_TO_BE_REPLACED My love for the ancient Greek theatre certainly derives from my upbringing and schooling in Thessaloniki, the second largest city in Greece. For many Greeks seeing our ancient literary heritage being performed in outdoor theatres, especially during summer festivals, is certainly seen as being a step closer to our past. Today, the most well-known festival in Greece is the one that takes place every summer (since 1955) in one of our ancient theatres (known also for its great acoustics) the “sacred” (as you will hear it often referenced in Greece) theatre of Epidaurus.