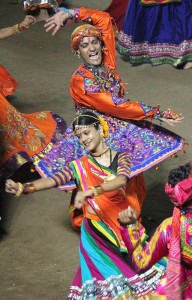 Constructing and maintaining a group, a community, requires significant effort, and at times that effort generates disagreements. In India, an organization announced this week that they were restricting admission to Garba, a traditional dance that is a major component of Navratri, a nine-night festival honoring the goddess. Only people recognized as Hindus can participate, banning specifically those identified as Muslim. A local leader of the VHP, an organization associated with Hindu nationalism, asserted, “Incidents of love jihad where Muslim boys lure and marry our Hindu girls happen at Garba. Our only aim is to protect our girls.” END_OF_DOCUMENT_TOKEN_TO_BE_REPLACED