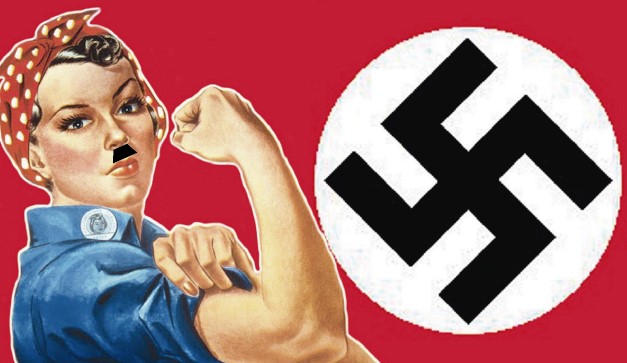 The term ‘feminazi’ emerged in the 1990’s, as popularized (and possibly created) by political commentator Rush Limbaugh, to refer to a particular type of “extreme” feminist (namely, pro-choice activists). “Feminazi” has since been used in a variety of ways to give negative value to certain groups of women. Some examples include:  high profile activists like Gloria Steinem; unknown feminists dissatisfied with and critical of the current status of women; and those women who do not conform to the culturally dominant beauty standards (e.g. shaving). In defining the term ‘feminazi,’ it is safe to say that it is used quite liberally depending on the situation. END_OF_DOCUMENT_TOKEN_TO_BE_REPLACED