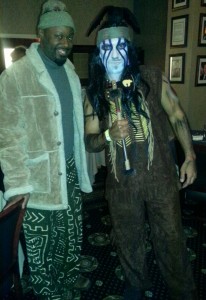 If we take seriously theories of performativity and the role of the discursive in processes of identification as forcefully articulated by thinkers such as Judith Butler, then we know that something like Halloween occurs every day where we un/consciously present who we are/aren’t/want to be to the social world in which we participate in. END_OF_DOCUMENT_TOKEN_TO_BE_REPLACED 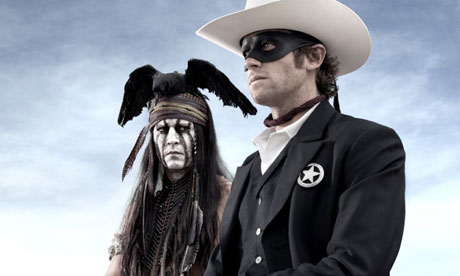 You’ve probably heard about the controversies over Johnny Depp’s portrait of Tonto, in Gore Verbinski’s new film, “The Lone Ranger.” Although portraying a Comanche, the character’s “look” is based on a painting entitled “I am Crow” — and the artist is, yes, a white man (as is the the film’s director [of Polish descent], of course, as well as [to the best that I can figure] the Detroit radio men who first came up with “The Lone Ranger” back in 1932 [first broadcast in 1933]). But beyond that, there’s the general problem of how Hollywood’s depiction of Native Americans continues to reproduce troublesome stereotypes, such as argued in Salon.com‘s recent article on the film: END_OF_DOCUMENT_TOKEN_TO_BE_REPLACED