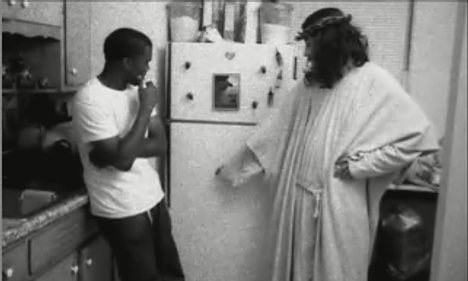 If you are waiting for Jesus’s second coming, today is the day, in the sonic form of Yeezus – Kanye West’s 6th solo album that has everyone talking, criticizing, buzzing, praising, and worshipping. Like the figure Jesus – and many scholars, I might add – Kanye is a master rhetorician (so don’t worry about his lyrics becoming flesh). He takes words, and twists and bends them into pliable strategies that more often than not work well for his market. He commands power and authority – not by virtue of what he claims, confesses, and professes – but rather, by using the pre-packaged power and authority that society has granted to particular words (and ideas) – like slave and god. Social theorist Bruce Lincoln reminds us that things such as authority are not entities unto themselves. Rather, they are effects that have to be authorized in particular ways across time and space. So what’s all the hype about? END_OF_DOCUMENT_TOKEN_TO_BE_REPLACED