The northern end of Elizabethtown College sits at the meeting of East College Ave and Campus Rd. The vertex is more of a bend than an actual edge, justifying the placement of a conditional stop sign. Drivers can do the otherwise illegal so long as they are rounding the curve, but those moving away from the school must heed the sign conventionally.

Maybe you have similar intersections where you live, but signs like these appear to be rare in Lancaster County, Pennsylvania. If anything, we make a habit of yielding the right of way to pedestrians, other automobiles, and yes, Amish buggies. Thus the rare conditional stop sign becomes a license to throw caution to the wind.

However, catty-cornered from the school and on the opposite side of the bend lies a resident’s driveway that leads straight into the “fast and furious” intersection. In the blink of an eye, one person’s freedom can become another’s worse nightmare.

But the resident — alive and well, I gather — has used a time-tested technique to warrant safe passage.

Next to the driveway is a tree with a sign that reads, “PRIVATE SIGN DO NOT READ.” 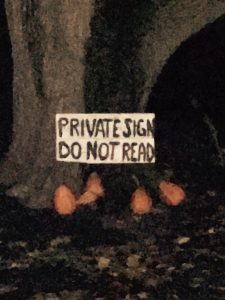 As you can make out from the picture, it isn’t particularly bold or eye-catching. But its genre and its contra-intuitive message are nevertheless arresting.

Call me slow, but for two and a half months, I thought it was just a postmodern funny. Yet in that time I have not once hit its creator. It’s not just a clever quip. It’s a trope. 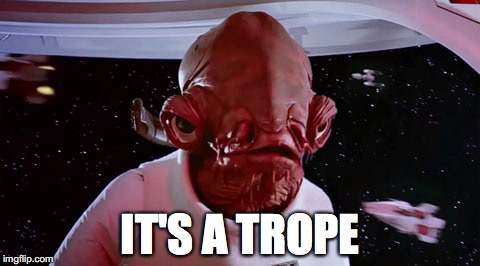 Tropes generate figures of speech or thought by their variation from what is ‘normally’ expected, and by the associations they establish between concepts normally felt not to be related or to be related in ways different from that suggested in the trope used.”

The whole thing makes me wonder about the signs before me and whether they are saying more than I am currently acknowledging. Who has our attention? According to Hayden White, the choice isn’t entirely our own.

How do we mind the signs?