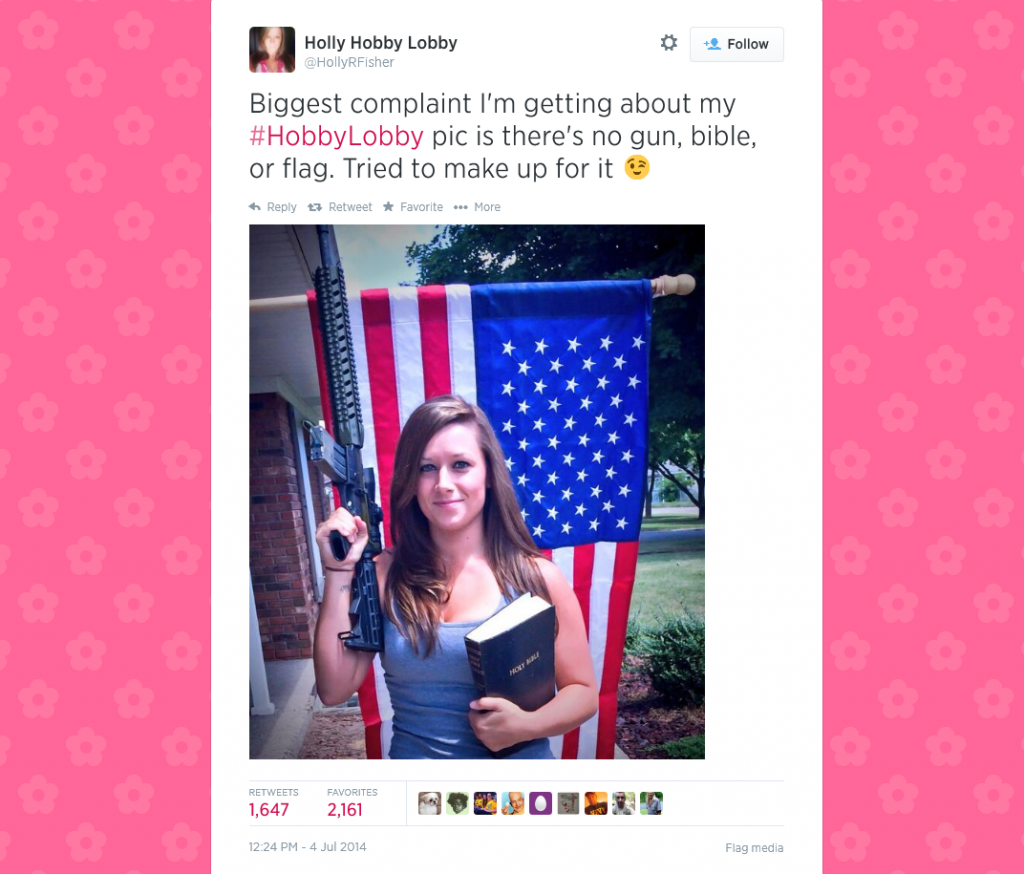 One response was to point out that this is little different from other forms of “religious fundamentalism.” The story — posted by a friend of mine on Facebook with the comment “Checkmate” — posted a photo comparison with commentary: 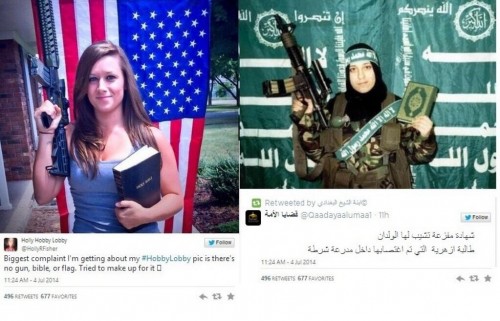 Fisher … is an amazing reminder that had she been born in a different place in the world with a different religion she would proudly be standing up for Islam and not Christianity. Fundamentalism knows no national borders. See, we aren’t so different after all — even in our extremism.

This commentary of course categorizes “Islam” and “Christianity” together and condemns religious “extremism.” But what if we added the following image for comparison? 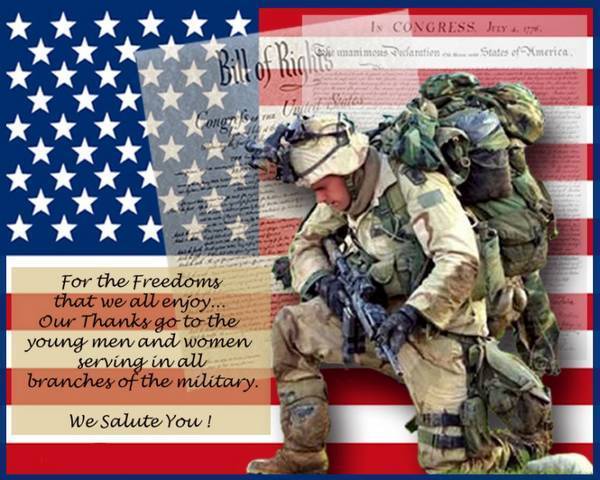 Here we have the same three basic elements: flag, gun, and sacred text. Does this make the American military “extremist” and subject to the same denunciations directed at “religious fundamentalists”? If not, why not?

Of course, the answer to this question is that the identifier “religion” is doing a great deal of rhetorical work, making one form of violence bad and another form of violence good. As William Cavanaugh notes in The Myth of Religious Violence, “revulsion toward killing and dying in the name of one’s religion is one of principal means by which we become convinced that killing and dying in the name of the nation-state is laudable and proper.”