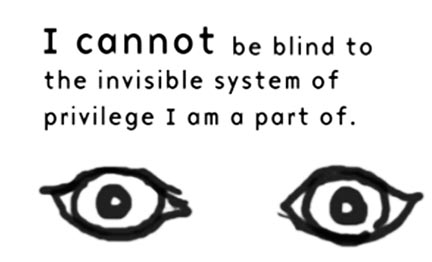 The reactions to the blog post I wrote last week are indicative of the very point I was trying to make—a point that has been obscured by emphatic declarations of personal experiences and a point that warrants a quick rejoinder.

Many took serious issue with my post, suggesting that I do not understand or care about the plight of contingently contracted workers on which institutions of higher education have come to rely.  Such responses suggest that I am detached from the realities of a great many academic daily lives, that I use libertarian rhetoric in the vein of a sort of “I got mine” elitism, and that I am disinterested in contributing to the cause of contingent laborers.  I won’t belabor this point, but I wasn’t really talking about contingent laborers (a category that, as I will suggest below, is not nearly so cohesive as many would like to think). I was responding to the praise of tenured professors sticking it to the man by quitting the academy. I found it odd to think about them somehow being part of less problematic power structures in working at Google or in the private sector.

What strikes me about the negative reply to my little piece is the discussion’s emphasis (played out, as far as I’ve been made aware, over a variety of Facebook threads, blog posts, and a Twitter feed) on personal experience.  People wrote about their own time within the academy thus far and eliminated any chance for substantive response or engagement because…as so many of my critics rightly note, what can I possibly say about their own experiences?  How can I argue with their relationships to the academy without seeming even further disconnected?  This mode of discourse effectively creates stable groups of the marginalized or disenfranchised and the dominant.

But my point was from the outset and remains simply this: the webs of capitalist power structures, personal autonomy, and institutional affiliation are way more complicated than those stable categories that are easily come by.  So are group identification strategies and processes.  What’s more, this discursive strategy among an overwhelming majority (I’ll refrain from categorically saying “all,” but it’s certainly true for all I read) of the negative responses to my piece had up and running an established and wholly assumed sense of who I am and what my own experiences with the academy have been.

This imagined me even comes with a label: lifeboater.  According to one blog post written in response to my own, “… lifeboaters are those who have secured a tenure-track position, and then refuse to do anything to help those in the contingent world drowning around them. Their apologetic writings are usually complaints about the loud thrashing and screaming noises made by the drowning, rather than the fact that people are drowning in the first place.”  Another response suggests that “Lifeboater manifestos, [which include my post, it would seem]…are people from ‘on high’ who stomp downward, and chastise us plebs for daring to use our outside voices while we’re drowning.”

It helps nothing for me to respond by attempting to offer the “real story” of how I arrived at what I’m doing in the academy, what my choice to pursue this career cost me (I am no different than anyone else in this regard—it has cost me much, just as it as afforded me much), and how my energies and efforts are spent currently vis-à-vis the labor/economic conditions of my adjunct colleagues. I will only say this since the assumption has been made that I have no experience with the struggles of tenuous academic employment: Yes, I spent years on yearly, contingent contracts.  No, I am not tenured.  And frankly, the action suggested by some discussions reacting to my post—that adjunct faculty unionize—while a great step that I would love to see happen, does not go nearly far enough to change what I see as a much wider, institutionalized and structural system of capital.

The academy—at least in the setting within which I work, of a large state school—is a machine whose engine is powered by profit margins and commodification.  Unionizing a sector of underpaid workers would be wonderful (my own thoughts on this are another piece of my professional life that has been assumed with my saying nothing on the matter).  But offering this as the answer to the enormity of what many see to be the problem with how colleges and universities are structured economically is, to my mind, whistling into a tornado.  That’s not to say it shouldn’t be a priority that gets pursued.  Not at all. It is actually to say that the folks I have apparently undermined with my dismissive lifeboating are not a monolith.  And neither is “the academy.”  To suggest that there is some abiding essence or undercurrent of commonality—political, professional, or otherwise—among contingent faculty is to do “them” a huge disservice. That is the move that conflates and simplifies the vast array of experiences that greet junior scholars as they enter the academic workforce.

As I read it, my focus in that earlier post was on the outrage of tenured professors who are praised when they write their missives of why they quit the academy. The frustration with our jobs that everyone feels now and again, the struggles to make ends meet (I wish I had the financial stability that my critics have assumed), and the very real problems facing the academic factory’s overproduction of Ph.D.s are fine conversations to have. They can even be productive. The point, however, is that in having them, we should not delude ourselves into thinking that we are fighting “the man.” The academic professional class of the North American professoriate can’t fight the man because it is the man.  At the very least, we contribute to his well-being and participate in his own livelihood.

Another critique was that new graduate students need to know the truth about the futures they face as they enter academe  Interestingly, this point came largely from scholars who had completed or were near finishing degrees from prestigious institutions. My own Ph.D. was earned at a large state school (The University of Alabama, in fact). I didn’t attend a higher-ranked university because I couldn’t afford it. I still took out loans and paid rent on a credit card to be in Alabama. From day one in graduate school—and I mean the very first session on the very first day of our series of meetings (called “boot camp,” even by its organizers) that introduced us to our new lives of teaching two composition courses (with no teaching experience whatsoever, and with no accompanying health insurance) while taking two to three graduate seminars—my cohort of grad students and I were told we would not get academic jobs. We were told this on many occasions by many professors.  If we were lucky, we heard, we might be able to secure something at a community college or a private high school.  Maybe a 4/4 load at a teaching college if we really applied ourselves.

So, at least in the state university level of the hierarchal tier system, this message gets through loud and clear.  My fellow grad students and I were never privy to the capitalistic ideal of gaining success and prosperity because of some elbow grease on our end.  And, to be sure, while I feel like I work hard and contribute to my department, I know very well that there was a huge amount of luck accompanying my appointment.  I think there is for all of us who land a tenure-track job in the modern university system. Again, as I read it, that was really exactly what my first post was saying, and I’m not sure how that got missed: The systematized machinations of the North American academy are, like those of any other institutions, highly problematic. Simultaneously, those of us who have found ourselves participating in them are very lucky.

The privilege of those tenured or on the tenure-track is, if we’re self-reflexive, what allows us to admit that we’re part of the problem. The fantasy that strikes me as elitist is the one that suggests that we can somehow be in but not of the academy—that we can participate in it and nonetheless present ourselves as innocent bystanders destroyed by its recklessness.