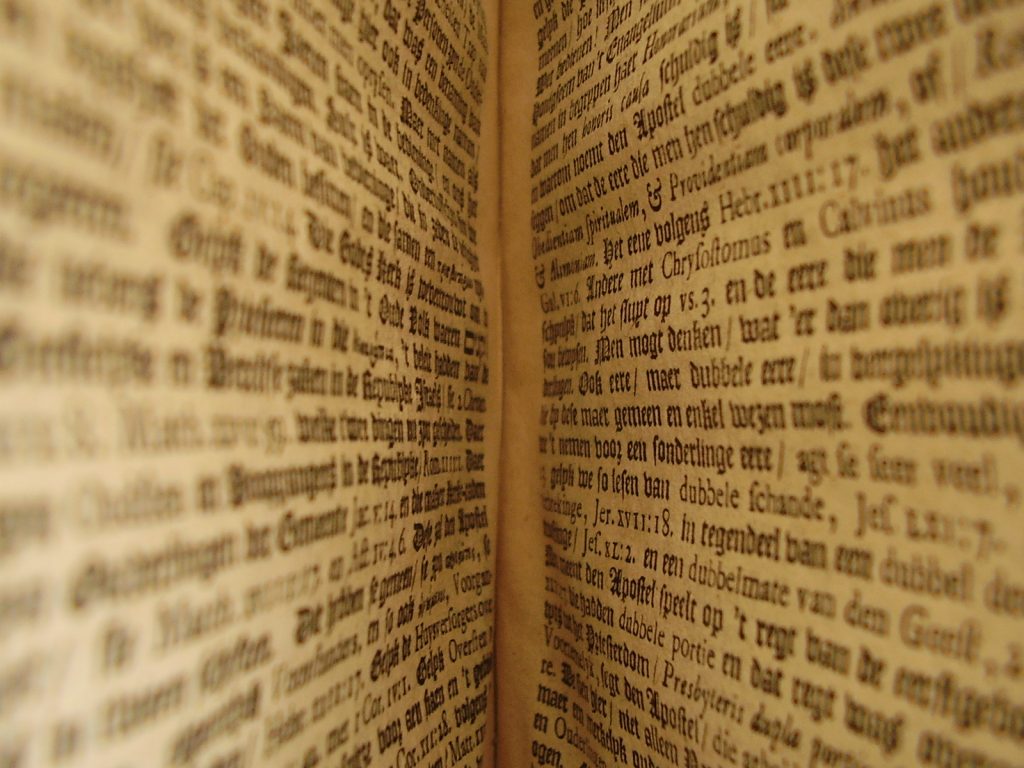 Recently, I was considering the interesting ways in which the presentation of such contexts operate while I was working through various parts of the Norton Anthology of Short Fiction for a class I’m teaching. If you’ve seen it, you know that the Norton features many footnotes, presumably designed to accomplish its stated aim, which is to “help college level teaching of the short story.” We are often taught that the purpose of a footnote is to share additional important information or thoughts in a separate space in the text so that it doesn’t otherwise thwart the presentation of the main text’s primary point or readability. In the case of the Norton, most of the footnotes are devoted to defining phrases or terms, presumably to make the process of reading flow more smoothly. The editors of the Norton don’t offer a discussion about the logic behind what terms they selected for footnoting in the volume,  but common sense might indicate that the editors believe that the footnoted terms are less contextually legible for a college-level population today.

Of the many short stories included in this edition, consider one by Lee Smith entitled “Intensive Care.” In the story, Smith details the life and death of Cherry Oxendine, told mostly through the lens of her new husband, Harold, as he observes the final days of her life in the hospital. The narrative is devoted mostly to the circuitous circumstances that brought Harold and Cherry together (and apart, and together again), starting in the mid-twentieth century.  The following is the complete list of terms footnoted for the reader:

1. Lasix: “A medication that facilitates breathing”

6. American Bandstand: “Television Show of the 1950s and ‘60s that featured popular music.”

9. Brenda Starr: “Glamorous heroine of comic strip that has run in newspapers since 1940.”

10. Watergate: “Collective name for series of scandals that began with a burglary in the Watergate Hotel of Washington, D.C., in 1972 and led to the forced resignation of President Richard M. Nixon in 1974.”

As you might have noticed, many of these terms are references to events of decades ago with which the young(er) reader might not have immediate familiarity. Nevertheless, the narrative is clear enough that it isn’t critical to know where Milsaps is located to know that we are talking about a college, nor how long the comic strip featuring Brenda Starr has been running to figure out that her appearance is considered desirable.

But consider this list of terms from the same story that didn’t get footnoted — terms that, I suspect, many college-aged students would struggle to define today:

I recognize that there is something quite artificial about seeing a list of words apart from the story that organizes and makes sense of them, but in a way this extracted model provides an interesting perspective, for as a person who has read the story, none of the words from either list strikes me as particularly vital to its overall structure. Thus what intrigues me from a pedagogical standpoint is what message the footnoting process sends. The very presence of footnotes imposes a hierarchy of importance, for terms that are not footnoted are presumably not in need of explanation, and thus we might presume that they bear a certain self-evidence.  In this context, footnotes show us how to pay attention, and in so doing, indicate what is valuable — what is worth properly defining (“cockapoo,” but not “Civil Air Patrol“).

This point may seem to be negligible in the example of Smith’s story, but consider how the stakes seem to grow when this same practice is used in a text that is often granted significantly more authority: the Bible, and, in particular, the “Study Bibles” that are widely marketed as a vital tool in Christian Biblical exposition. If you’re unfamiliar with them, Study Bibles are different from others precisely because of the number of footnotes and other commentary they contain.  The idea behind them is to provide the reader an abundance of historical, cultural, and socio-linguistic details that are then used to mine the text for a degree of interpretive accuracy that many believe one could not otherwise achieve.

What may seem somewhat quibbly in the case of the Smith narrative is thus put on display when it comes to the Bible, for I have often been intrigued by what warrants a footnote in various Study Bibles and what is simply left to the reader’s contextual skills. While technical issues such as translation notes and scriptural cross-references are a common content feature of Study Bible footnotes, so is historio-cultural information that supports a particular theological interpretation of certain parts of the text. These include exegetical comments that reinforce Christian foreshadowing of Hebrew Bible passages or that highlight certain concepts popular among the evangelicals that often purchase them (including topics such as “rapture” and  “dispensationalism,” and the like).

Yet if footnoting and commentary work as selective processes, we should not be surprised to discover that in many of the most traditional Study Bibles (and most of them are quite traditional), there is a noteworthy silence that belies the visibility of the social issues often constrained through the lens of that scripture: absent is thorough discussion of the very wide variety of well-established exegetical positions on homosexuality, gender, abortion, and a whole host of controversial issues about which the Bible is otherwise put to frequent social use. I do not know about the relationship between controversy and Bible sales, but it does appear that this is one situation where the silence of footnotes speaks volumes.