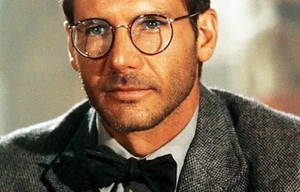 This is a popular sentiment, albeit fantasy for most (in light of the current market). Yet I think it deserves attention, for I believe it to be responsible for some very subtle sorts of power plays that many of us may not recognize as such. For those of you not familiar with the lingo, a “teaching school” is a college or university where greater emphasis is placed on one’s teaching competencies and comparatively less on one’s research, which means that faculty at such schools tend to have larger teaching loads and, typically, less paid time to produce scholarship. The opposite is the case at more elite institutions, where (on the whole) faculty have opportunities to teach less, specifically to give them time to produce the aforementioned research.

These elite institutions, which make up a small fraction of American colleges and universities, also tend to attract wealthier white students, while racial minorities and less-wealthy students — regardless of their academic skills —  tend to populate the remaining institutions (including community colleges and open-admissions universities, which you can read about here and here). Put rather simply, not only does one tend to teach less at elite universities, but one also tends to teach students better groomed for university academics. This is by no means an easier job (for expert-level research and scholarship production isn’t for the faint of heart…), but it’s fair to say that it is a job with a very different sort of social impact.

I am, of course, painting this situation with a broad brush, and there are many institutions with a variety of expectations and populations that fall somewhere in between the simple categories I’ve described. However, I want to use this experience as a springboard to point out something rather fascinating about the current status perceptions that fuel the academic job market, something that has piqued my interest in light of the recent comments by Supreme Court Justice Antonin Scalia on the nation’s higher education system.

I recently wrote about the brouhaha coming from the Supreme Court when Scalia remarked that racial minorities may not be well-suited to certain elite college environments because they can’t academically cut it. Professors from around the country cried foul at Scalia’s remarks for a couple of predominant reasons: not only was he citing a model called Mismatch Theory, the evidence for which is spurious at best; but, more to the point, those of us who teach about status, society, and social inequity know that the more you have guys like Scalia buying into the idea that racial minorities don’t have solid academic skills, the more you fuel the misperceptions that help create those very scenarios.

Yet there is another level of irony (not to mention “mismatch”) at work here, for I mention Scalia because I find it interesting how many professors who speak very convincingly and passionately against him in asserting the need to provide a high quality education to underrepresented students are often the same folks who simultaneously idealize — if not openly pursue — job trajectories that will separate them from those very populations. To rephrase my point earlier: elite jobs often come with elite students. In the game of academic job status — as with many other career fields — the more prestigious jobs often take one further away from direct engagement with the people who experience the very issues that one is (at least in the humanities) often paid to address.

As a professor at a private liberal arts university where underprivileged students comprise a significant proportion of our student body, I bring this up not just to speak forthrightly about how higher education is organized, but also to dismantle the notion that people who educate others about status are not motivated by it. That may seem like something of an obvious statement, but as the scholarly community has turned to more open conversations about the politics (and business) of a college education, it seems that we tend to talk about it as if it is a phenomenon happening to us rather than admitting how we participate in and fuel it.

After all (to name just one example), no matter how many students I positively impact within the confines of my university, my wider academic worth will still be judged in great part by the degree to which I publish articles and books read by only a very small number of people. That’s not to say that I don’t find that exercise important or fulfilling (I do, on both accounts); it is simply to point out that our stated rationales behind our scholarly behaviors (To educate the public! To create critical thinkers!) might sound straightforward, but are really rather simple answers to veil the otherwise complex ways that we answer to the very same status structures — hoops and all — that many of us otherwise work to expose and/or dismantle when they are differently contextualized.

I am by no means asserting that professors are consciously avoiding underprivileged students. Rather, what I’m arguing is that the social structures that create the systemic conditions that characterize underprivileged groups are the very same ones that create elite colleges: status can’t be compartmentalized, as it is a facet of virtually all social interactions. This, after all, is how most status claims work: they depend on groups overlooking certain contradictory elements of a situation in order to uphold and naturalize an overarching power structure.