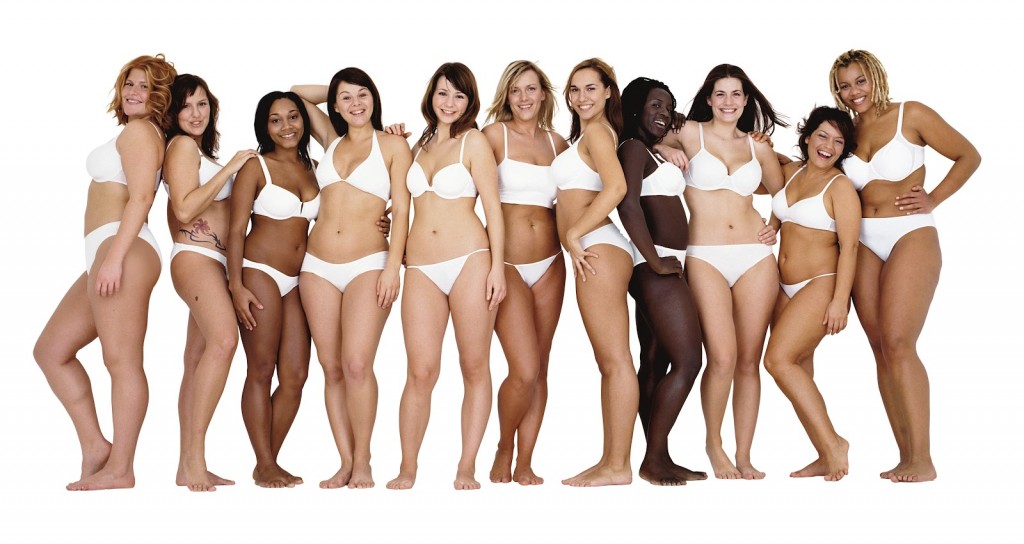 Almost ten years ago, the folks at Dove personal care products created quite a stir with their “Real Beauty” campaign.  The photo above became one of the iconic emblems of Dove’s self-described attempt to change the definition of beauty to include “real bodies,” perhaps better defined as the bodies of average women.  While Dove’s initial goal with this campaign was to “widen the narrow definition of beauty,” it has lately described a shift in focus onto building female self-confidence and self-esteem, calling the latest incarnation of its work “an unprecedented effort to make beauty a source of confidence, not anxiety.”

Since its initial emergence, the “Real Beauty” campaign has been addressed by almost every social commentator with a pulse, but with varying degrees of response.  Some have argued that this attempt by Dove to challenge the category “beauty” has been no challenge at all. As the naysayers argue, the women featured in the “real bodies” add above hardly look like the average American woman; they are, generally speaking, traditionally “pretty” women who are merely slightly larger versions of the supermodel ideal that was supposedly the problem in the first place.  On the other hand, supporters of Dove generally see the brand as a trailblazer in its attempts to call the (more) average body “beautiful,” and thus to help women and teens alike see themselves as attractive no matter their appearance.  But a third group has remarked that if Dove was really concerned with improving the lives of women and teens, then they should stop placing value in beauty altogether. Simply put, calling more women “pretty” may make more women feel good, but this is only because society has trained them to believe that their worth is tied to their looks.

Rather than focusing on the politics of beauty, specifically, my interest lies in considering the politics of categorization, more generally. It may be evident that Dove is hardly the entity to seriously engage the third group’s line of thinking, for Dove’s very existence depends on women believing, at least to some degree, that they need personal care products to make their bodies socially acceptable.  In short, Dove desperately needs women to believe that beauty is not only important, but attainable, if Dove is to make any money. What appears to be a debate on whether someone can or cannot call themselves pretty thus conveniently overlooks the social labor that the word “beauty” performs as an evaluative term deployed in various ways throughout our culture, and one that serves very particular interests.  Interrogating a category without questioning the very terms of its existence thus usually only serves to reify the category itself, but doesn’t tell us any more about the social situations that first created the possibility of the term’s use, nor who has a stake in making that category seem a merely inevitable reality.

One Reply to “We’re All Beautiful”