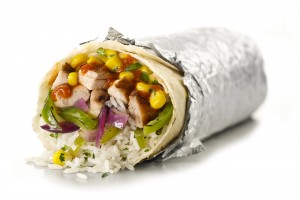 My answer, as I remember it, was stumbling and incoherent, comprised of “uh” and the general surprise of not knowing what to say. On the one hand I didn’t really care what he called me, for plenty of my students call me by my first name. On the other hand, though, Dr. Smith was not mentally in the building, so to speak; I was not expecting anyone to call me by my professional title, so I was caught off guard when it came up in a weekend conversation about tacos and corn salsa.   But before I could think much more about the significance of what he had asked and how I had responded, the chatter devolved into guacamole and credit cards, and the exchange was over just as fast as it happened.

I’ve hung on to that memory in great part because it pinpoints how seemingly tentative are the politics of authority at the same time that they endure far beyond our momentary awareness of them. In his well-known volume on the subject, Bruce Lincoln points out that authority is more the perception of being in charge rather than actually holding that particular control, for if one is asked to prove one’s authority, then it has already begun to erode. In other words, the fact that a different scenario has entered the minds of those doing the asking indicates that they have begun to scrutinize the power status quo.

This was, after all, what was going on in that brief exchange. While I thought it somewhat impertinent to point out that his job didn’t require knowing his customers’ names, my name was not at issue as much as the disappearance of the political context that marked our previous relationship, one where I was not only “in charge,” but had also asserted some of that authority in a way that had recently highlighted his shortcomings. His questioning of my name thus introduced the possibility that our politics might be reversed or at least neutralized in a setting that was more “his turf” than mine, and I suppose in so doing, to potentially de-legitimize the critiques he’d recently experienced.

And yet what stands out to me in all of this is the enduring power of interpellation, that term Althusser used to discuss the ways in which we almost subconsciously submit to the classificatory schema that society imposes upon us.  In his famous example of a policeman yelling “Hey, you!,” Althusser demonstrates that the moment we give ourselves over to the possibility that we are the “you” in question and start to turn around to face (and thereby accept) the label, we demonstrate how imminently social our identities are — how very much they are the products of forces far outside of our own creation. In this case, even though I failed to give a coherent answer to the student’s question in that moment, I did not fail to be a professor. In other words, I could not ignore the fact that “Dr. Smith” was with “Leslie” at Chipotle that day.