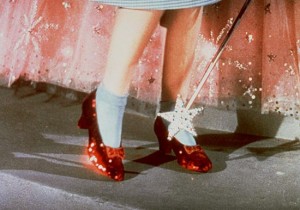 I have lived most of my life in various parts of what some have referred to as “fly-over country,” a term often used to describe the vast majority of the U.S. that lies between the coasts.  As the name implies, the popular perception is that these places aren’t particularly worth a visit because they are thought to lack cultural diversity, professional opportunities, and are often considered to be the seedbeds of a tired but persistent traditionalism that denies the value of progressive thinking.

For several years I was a coast-dweller myself, living in southern California.  Like many, I suppose, I went westward thinking that I would find new adventures that were fundamentally different (and more exciting, interesting, exotic, etc.) than what I’d experienced before.  While I certainly found a different cultural experience in some ways, I also discovered the potency of a popular national narrative about regional identity. Critical scholars will likely find in this yet another interesting example of essentialism at work, as well as the power of perceptions to create certain realities.

Of all of the new things I encountered in California, one of the most interesting was the fact that many people I met thought I was the exotic one.  Some of my neighbors were at first unclear where I’d come from (“Missouri is in the middle of the country,” I said a million times that first month).  One brought over some guacamole one night, assuming I’d never eaten it before.   And when, several years later, I told an acquaintance that I was moving to Kansas City, she presumed that leaving California was against my will (“Oh no, did your husband get transferred?”).  After I clarified that this was a voluntary decision, she attempted to reassure me that I’d probably be okay;  she’d once read an article in an in-flight magazine that said that Kansas City wasn’t a “cowtown.”  There was actually “cultural stuff” to do there, she’d heard.

Indeed, there is lots of “cultural stuff.”  Kansas City has a thriving arts scene, is a major medical hub, is home to three professional sports teams (including our much-loved soccer team, Sporting KC), has several fine colleges and universities, supports a robust artisan food community, features an impressive number of top-notch restaurants, and has a unique architectural presence on the edge of the Plains. (The locals are quick to inform newcomers that Kansas City has more fountains than any other city in the world, second only to Rome).  And I haven’t even gotten to the BBQ.

Lest I start to sound like the tourism bureau, though, let me reiterate that the fact that such “cultural stuff” exists in places with which it is not popularly associated is an indication of how a dominant cultural narrative about regional uniqueness depends on strategically highlighting certain distinctions in some places while smoothing them over in others. More than just a descriptive problem, though, the fly-over narrative serves an important function in creating the very cultures it purports to merely describe.

Consider, for instance, a story that NPR ran earlier this week on the 25th anniversary of the fake news outlet, The Onion.  In an audio interview with its creators, NPR commentator Renee Montagne expressed shock that The Onion originated in the Midwest; after all, she points out, the irreverence and “free spiritedness” of its approach to news, humor, and sometimes risqué topics seemed more likely to come from the coasts.  Rather than questioning her presumption that the Midwest suffers from a paucity of irreverent and funny people, The Onion’s creators end up affirming Montagne’s very logic, for they go on to describe a certain “Midwestern flavor” in The Onion’s tone, characterized by an “everyman’s” approach that is untainted by pretense.

Consider also this article on the growth of the start-up tech industry in KC, which begins by describing the city as “south of Iowa,” and which underestimates the metro’s total population by about two million people. Seeing how its actual population stands at about 2.5 million, this is not an insignificant oversight.  The article details how coastal tech firms collaborating with local entrepreneurs were at first unclear whether Kansas Citians used Facebook and Twitter (and thus were surely relieved to discover that we will put all of our new Google Fiber capabilities to good use).

If we buy into the “sticks and stones” version of events, these are nothing more than inadequate descriptions of the Midwest, mere stereotypes revived.  But rather than see their influence as limited, consider how they reinforce the reality they describe.  How ridiculous would it sound to describe Los Angeles as “south of Oregon?”  What about my students who are hesitant to consider graduate schools on the coasts because they fear that their application will not be given a fair shake because of where they’re from?  No, descriptions that diminish difference and significance work in much the same way as do those that enhance it, for they show the eye where to go, so to speak:  is this the main event, or is it merely the backdrop?  These are important statements of evaluation and worth.  This is not to say, of course, that various regions do not differ, often in important and sometimes dramatic ways, from one another.  Rather, the issue at hand is how and why certain differences fall on the map of significance, while others represent a vast territory with little definition at all.

4 Replies to “There’s No Place Like Home?: The Narrative of Fly-Over Country”