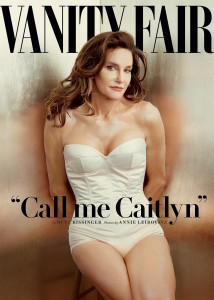 Lately, there has been no shortage of commentators eager to discuss Caitlyn Jenner’s recent Vanity Fairy cover (featured above). In the public eye, Jenner has been a famous male athlete-turned reality show husband-turned transgender femme fatale, and this series of transformations has inspired plenty of ogling. Conservative outlets seem to decry the former Bruce’s sex change as something bewildering and strange (if not disgusting and unnatural), while more progressive ones praise her as a heroine who has had the courage to publicly reveal her “true self.”

But in the midst of the back and forth over the acceptability of Jenner’s identity change have been several other voices who recognize that for all the talk of liberation, Jenner’s female identity means that she’s now subjected to new restrictions that she likely did not experience before making her sex change public. While her athletic prowess and strength were conversation points when she identified as a man, as a woman her appearance is now center-stage. Her body has been scrutinized to ensure it matches unreachable beauty standards, down to her tight, restrictive clothing and made-up face. The public chatter surrounding Jenner has thus largely focused on the degree to which she has accomplished the physical markers of proper womanhood down to every last, painful detail. No matter whether one thinks Jenner “really is” a woman – an authenticity debate with an endless variety of twists and turns – what is perhaps more intriguing here is that she is absolutely being treated like one.

For those of us interested in the politics of identity there is yet another implication, for what Jenner’s case reveals is the fact that while we may perceive ourselves to be self-determining agents exercising our free will in shaping our own destinies, we can only do this to the degree that we are socially legible beings. In other words, the public’s intense voyeuristic interest in Jenner would hardly be satiated with a photo of her donning a baggy tee-shirt and sweatpants. Had she worn such attire, I suspect her sex change would have been pronounced a failure in the minds of many. While Jenner may thus have physically initiated the act of a sex change herself, the lingering irony is that the sex change was also imposed back upon her by a public that expects her to symbolically bear the burden of sexual proof in order to achieve the privilege of a specific social categorization, “woman.”