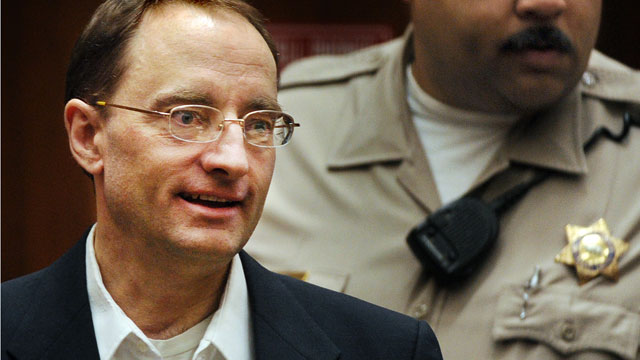 So opens a radio story on the curious case of Clark Rockefeller — or, might we say instead, the curious case of people, such as Kirn himself, who believed his friend to be the man he claimed to be. The difference between how we approach this story — is it about Rockefeller (pictured above) or Kirn? — tells us much about the social theory used to tell the tale.

So I find Kirn’s story, published in his book Blood Will Out, interesting because it steers away from the typical move that we often make, in which we attribute agency and thus responsibility only to the other, portraying ourselves as helpless victims of other people’s choices, failing to see — as Bruce Lincoln made so plain in his really very important book, Authority (1994) — that identity, social legitimacy, and rank are not unwittingly thrust upon us but, instead, are active and ongoing collaborations among all members of a group.

Or, as Kirn himself phrases it, toward the end of the radio interview:

You know, there’s an old saying with memoir, and it’s attributed to the writer Tobias Wolff, “In every memoir, you should be the worst character.” Well, there’s no way for me to be the worst character here. Clark’s the worst character. But the fact of the matter is, is that until he was convicted of these crimes, everyone believed him. I wanted to show the point of view of the dupe, of the fool. So I was hard on myself. But I collaborated with him in the sense that, every time he told a story that didn’t make sense, I tried to make it make sense for him, in my mind. Every time he lied and I felt a little twinge inside, I covered it up. And I had to answer the question why I did that.

… Clark answered it for me. When I saw him in jail after his murder conviction, I said, “you’re not gonna admit to the murder,” which he didn’t, he had a story for that, “but it’s clear that you were a great conman and a great impostor for many years, what’s the secret to fooling people?” I said. And he looked at me and he said, “Walter, three little words, I’m surprised you don’t know: vanity, vanity, vanity.” And when I asked him to expand, he basically explained that all of us want to be seen as something in the world’s eyes, and we all want to see ourselves as something other than what we fear we are. And Clark basically took away people’s insecurities about themselves in return for their confidence.

While it may help us to sleep better at night by assuming that others are exclusively accountable for their sins against us, as scholars it might be wiser instead to start our studies with the assumption that social actors do not lift themselves up by their own boot straps — i.e., we are always studying social processes or the residue they leave behind (like the idea of an author with intentions that the reader seems merely to accept passively).

After all, Rockefeller is just another name…, until someone is impressed by it.