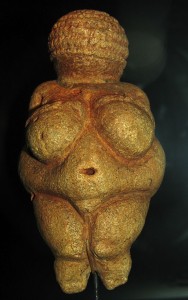 What’s in a name? In “How Algorithms Shape Our World” (a Ted Talk from 2011), Kevin Slavin describes the mysterious work of algorithms to determine prices on Amazon, recommend movies on Netflix, and control institutional buying and selling in the stock market, sometimes even beyond human control. In the midst of these issues, he makes a general statement about the context of naming (beginning at about 6:00 in the video below), “And they do what we’ve always done when confronted with huge amounts of data that we don’t understand — which is that they give them a name and a story.”

Those elements of the world that are unfamiliar, difficult to explain, or beyond our control seem more manageable with a name and a story. Clay figurines excavated in archaeological digs become an “ancient fertility goddess” known as the Venus of Willendorf and prehistoric paintings in caves are shamanic. To move away from ancient artifacts, European colonizers frequently organized the variety that they “discovered” in the colonial period, creating names and stories that relate their observations to elements that they already understood, often employing the European concept of “religion.” In fact, frequently people add “religious” or “magical” connotations to these names and stories for things that seem beyond our control or understanding. Slavin, for example, specifically references “magic” in his discussion of the unknown aspect of algorithms.

The act of giving a name, of categorizing elements, then is not really about the object or action being named. So, what is in a name? The interests, needs, and constructions of those creating the name are much more significant than something inherent to the items being named. Focusing on developing a better description of the object, or collection of objects categorized together, is less interesting than the analysis of that process of naming itself.