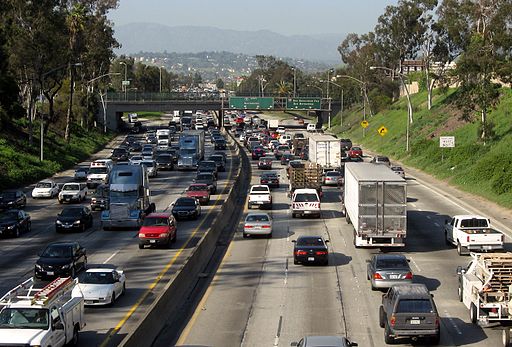 Do you remember when a few people suggested that Obama would crown himself dictator, run for a third term, confiscate all of the guns, etc., etc.? Now that the primaries and caucuses for the election of his successor are virtually complete, those fears seem to have dissipated, replaced with new fears, of course. And stoking fear happens across the political spectrum. Someone is taking away our opportunities (whether identified as immigrants or the superrich). Someone is trying to take away our vote (whether a particular party or campaign, SuperPACs or legislators through redistricting and new voting requirements). If the other party (whichever is other within the conversation) comes to power, they will take away vital rights (reproductive choice, second amendment, privacy, etc.). We are repeatedly told to be afraid. With all the talk of fear, it appears that the freedoms and quality of life in the United States hang by a thread.

And yet, if we step back and think about it, our way of life is not as tenuous as some would lead us to believe. The horrific shooting in Orlando this past weekend is both tragic and scary, fanning our common fears of mass violence, especially among communities who feel targeted. While people discuss various aspects of the shooting and propose potential policies that might prevent it (depending on which cause they emphasize; homophobia, religious zealotry, access to guns, mental illness, . . . ), we need to remember that we are more likely to die in a traffic accident (as the signboard counts of YTD fatalities remind us) than in a mass shooting, yet that fear is not as visceral.

The hyped threats, in part, spring from those who profit from our fears. News media report ever more speculative details about events like Orlando, but little repetition about fatal car accidents because they are more common. Alarm companies want us to be afraid of a “home invasion,” while for-profit prison companies want us to fear criminals so that we will lock them all up and throw away the key. Various intelligence and defense agencies (plus their contractors) get additional funding and power when we fear for our national security. Organizations like the NRA and NARAL raise money based on reported threats to the particular freedoms that they defend.

Fear is a powerful motivator. When those telling us to be afraid stand to benefit from our fears, whether financially or politically, we need to think carefully, and not just about those crazy fears that motivate others but especially those fears that motivate us. While threats exist, and even require action, they are often overemphasized and exaggerated.

It is not simply that we are being deceived with hyped fears, but those exaggerated fears can cause serious pain, trauma, even death. They influence how we look at the future, our own lives, and our neighbors. From the tragedy of Trayvon Martin’s murder to experiences of harassment, such as when people have been removed from airplanes because someone feared their turban or their fluency in a foreign language, the ill-effects from the generation of fear extend beyond the additional stress and worry that we feel. Even more broadly, manufactured fears have contributed to preparations for war at times, such as the Red Scare and Vietnam and the stories of the alleged WMD program that produced the second Iraq War, and all of the pain and suffering that many have experienced from those wars. While it is understandable to be afraid, especially after shocking events such as those in Orlando, it maybe that FDR had it right. “The only thing we have to fear is fear itself.”