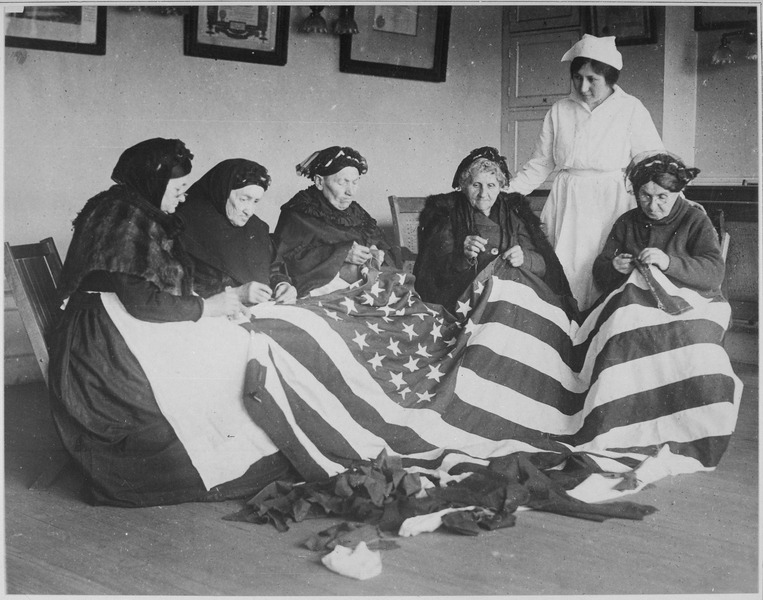 This statement’s strategic reference to the national community intrigues me. Why should we focus on violence against “fellow Americans” more than violence against others around the world? Are American lives more valuable than other lives? One response, of course, is the principle of acting locally, where one can have an impact more personally than against violence in Syria, Iraq, Myanmar, Ukraine, Central America, . . . Yet, to make that argument about what counts as “local,” the unity of the nation is presumed (thus naturalizing the connection between different locals in the United States) while the author details how local relations between police and their communities, particularly African-American communities, vary considerably within the United States.

A different item that the Huffington Post reposted, “Should White People Care About Ferguson?” uses a flow chart that further cloaks the nationalist discourse on which it builds. Constructing a disciplining argument about what it means to be human, the chart suggests that any human “should probably be upset that a fellow human being who was unarmed was shot six time, his dead body left in the middle of the street for several hours, and then dumped in some random SUV”. A very reasonable statement, no? The flow chart proceeds to assert that those who are not upset by that are “not a human being,” “a complete monster,” and finally “horrible.”

Whether presented as comedy or social commentary (it certainly appears to be both), nationalism, although never mentioned, is central here. While the creator of the flow chart could have chosen any number of examples of victims of state violence in many parts of the world, as they are all “fellow human beings,” the creator chooses Michael Brown. Perhaps I am making too many assumptions here, but it seems that choice is made because the primary audience is white residents of the United States (as in the earlier piece), presuming that the obvious nature of the injustice here will motivate those who have a national connection with the figure. People in Donetsk, Damascus, or Amsterdam probably focus more on other examples of violent deaths of civilians.

The “Imagined Community” of the nation, to use Benedict Anderson’s phrase, has been so successful that the reference to national unity does not even have to be articulated.

One Reply to “Unspoken Nationalism”