One of the claims of the book is that the contestation of gender is central to evangelicalism, or what we might call the evangelical habitus. That’s why, according to Ingersoll, that debates over whether women can be ministers, leaders, or teachers, as well as the debate over gay rights, generate so much heat within the evangelical subculture. END_OF_DOCUMENT_TOKEN_TO_BE_REPLACED 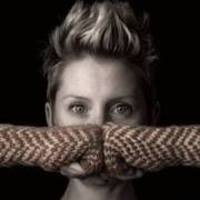 My research up to this point in time has dealt largely with how various American conservative Christian entities re-negotiate their identities within a religious framework in order to secure certain social outcomes. More specifically, I’ve been looking at how evangelicals use religious ideas for particular ends within the American political system. I think the most important takeaway from this research has been that the identities and other types of portrayals that evangelicals make for themselves and others shift substantially as the political winds dictate, all while claiming no such shifting at all (in the name of eternality or god’s will). Instead of calling this hypocrisy or some sort of failure to live out “authentic values,” as is often the rhetoric from those on the left, I just see this as the normal mechanics of a social group. Everyone does it, in other words, because social groups are always looking to secure their own legitimacy, and when the social conditions change dramatically, so will, at times, their own identities. END_OF_DOCUMENT_TOKEN_TO_BE_REPLACED

Expressions of outrage often contribute to the construction of groups. When Bill Maher, to much applause from his audience, thanked Trump in November because Trump “exposed evangelicals, who are big Trump supporters, as the shameless hypocrites they’ve always been” (see clip below), Maher’s assertion of outrage identified evangelicals as the opposition to those who, like Maher, opposed Trump. By associating two issues, the outrage encouraged people who agreed with Maher’s politics to join his opposition to groups whom he identifies as religious. A similar correlation can be found in statements critiquing the marches and protests following Trump’s inauguration. People have expressed outrage that the signs and speeches were vulgar and hateful. For example, the Federalist website highlighted elements of the Women’s March that it deemed problematic, even warning that their description included “vulgar and sexually graphic content.” These expressions attempt to combine people uncomfortable with public discussions of sexuality with Trump supporters. Thus, expressions of outrage used emotional responses to unite people with some similar positions against a caricatured Other. END_OF_DOCUMENT_TOKEN_TO_BE_REPLACED 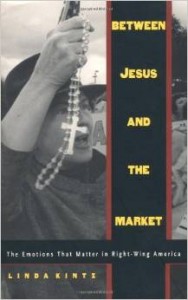 Kintz’s work earns a paradoxical place in my mind for the same reason that I feel so conflicted about much of the scholarship on evangelicalism and fundamentalism out today: although often historically incisive and analytically helpful, Kintz writes with a clear agenda to politically defeat her subjects. What strikes me as odd about this position is that almost all scholars who do this contextualize their own political positions as somehow fundamentally different from those that they critique. This, to me, is worth mention because believing that one is fundamentally different from those that they study often proves to be an analytically questionable position. END_OF_DOCUMENT_TOKEN_TO_BE_REPLACED