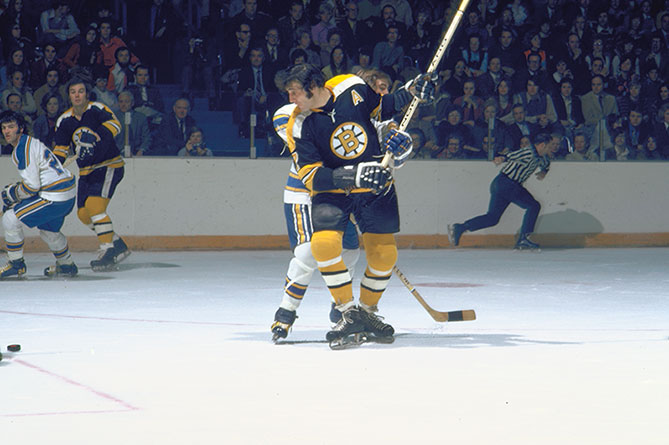 And it was in that context that I disliked Phil Esposito. END_OF_DOCUMENT_TOKEN_TO_BE_REPLACED

The thing that’s interesting about this game is the way that it quite successfully markets nostalgia, such as the custom-made vintage uniforms they all wear and the “old timers” game between long retired NHL players that’s also part of the weekend’s activities — a point nicely identified by a friend on Facebook during the game, who noted the wonderful contradiction between the old school “leather” look of the goalie pads and gloves but the modern high-tech helmets and visors the players were all still wearing. END_OF_DOCUMENT_TOKEN_TO_BE_REPLACED