The revision of the AAR Statement on Academic Freedom inserts attitudinal terms, such as humility, patience, and generosity, into the revised document (compared to the 2006 version) and thus distracts from the case for academic freedom. While those attitudes are often useful in engaging students and colleagues, they are more appropriate for discussions of best practices than a delineation of academic freedom. The malleability of such terms (with no standard to judge them against except the standards of whomever wants to employ them) creates a problem similar to the language of “collegiality” that the revised statement itself critiques in the final section on service, noting the AAUP’s rejection of that ill-defined rationale for denial of tenure. END_OF_DOCUMENT_TOKEN_TO_BE_REPLACED 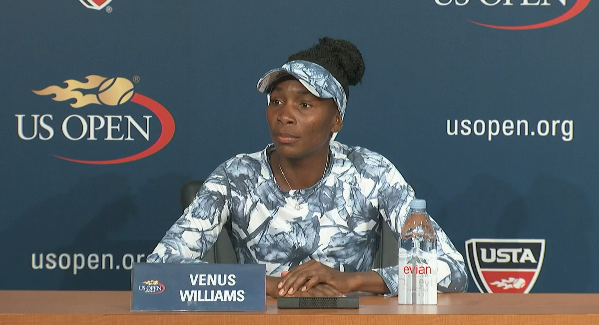 Tennis fans may know that Venus Williams lost in the U.S. Open yesterday. What I found interesting during a weekend report from her post-match interview, was a turn of phrase that I’ve heard many times in sports — in fact, in an interview from the same day, when he advanced but only after a surprisingly close match, Roger Federer said pretty much the same thing in his post-match interview. END_OF_DOCUMENT_TOKEN_TO_BE_REPLACED