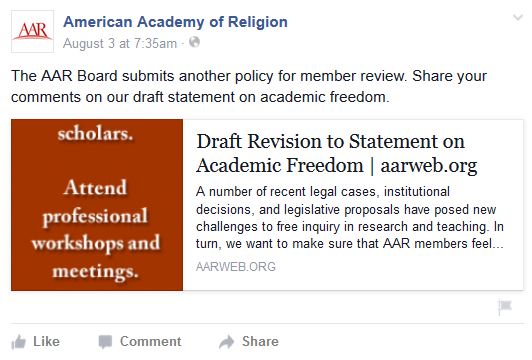 In response to the AAR’s invitation for comments on its recently
posted draft statement on academic freedom, over the coming days
some of the members of Culture on the Edge will offer
a brief series of comments.

2 Replies to “Response to the American Academy of Religion’s Statement on Academic Freedom: Index”