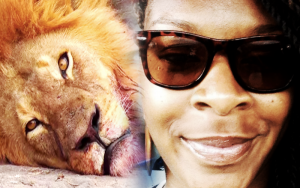 In the weeks before Cecil’s death, Sandra Bland died as well. Hopefully, you also know her story: she was the black woman pulled over for a minor traffic violation (failure to use a turn signal) whose subsequent arrest and then death while in police custody continues to be shrouded in controversy. Bland’s name is another unfortunate addition to the #SayHerName campaign, a movement devoted to highlighting how, like their male counterparts, young black women are disproportionately killed by law enforcement and yet their deaths are largely underreported in comparison.

These two very different deaths have generated significant outrage not just in their occurrence, but also in conversations on whether and how one is worse than the other. My interest in writing about these two events together is not to suggest that there is an answer to this, but to point out an interesting juxtaposition of the social dynamics that these scenarios introduce.

Let’s consider a third story, this one a New York Times op-ed written by Zimbabwean Goodwell Nzou. Nzou argues that Cecil’s death would hardly be contextualized as a tragedy by most Zimbabweans, who see lions as deadly threats instead of romanticized specimens of nature with folksy names. He highlights the important irony that a baby elephant was very recently slaughtered for the Zimbabwean President’s birthday, something that no one seemed to care enough about to broadcast.

So when Nzou comments that “We Zimbabweans are left shaking our heads, wondering why Americans care more about African animals than about African people,” he exposes what appears to be the very complicated — and yet so symbolically simple — process by which we craft our moral proclamations. For part of what Nzou reveals is the interesting calculus whereby a victim’s relative moral worth emerges depending on whether a culture judges them innocent or guilty. For Nzou, “lion” equals “threat” and thus “guilt” in terms of the potential physical harm that lions perpetuate on humans. For many westerners, however, “lion” equals “safe” and thus “innocent,” as most of us love our nature in the no-threat environments of zoos, television, and cute kitten videos.

This is why Cecil has a name: his very existence has high positive symbolic value for a particular population, as naming him offers him a sort of personalization that we grant to the worthy who have presumably earned this title because in their symbolic safety we deem them morally innocent. In calling Cecil by a name — any name — we overlook the fact that millions of unnamed animals die legally and illegally every day. Their lives do not matter precisely because of their anonymity; in fact, there are no “stories of their lives” because, in their cultural meaninglessness, we have manufactured none for them.

If names are the avenue to empathy, perhaps this might prompt us to wrestle with the significance of the fact that a campaign called #SayHerName exists at all. It signals to us that there remain few symbolic contexts in which black women are portrayed positively, for even in their controversial — and in some cases, proven illegal — deaths they remain unknown. In the symbolic equation of blackness and guilt, we are culturally uninterested their names.