Six years ago I took an academic post at a liberal arts college with a heavy teaching load about 4 hours away from Syracuse, New York, where my wife works as a middle school teacher and where we own a home. Consequently, I commute back and forth every week during the fall and spring semesters. Many of my academic friends and colleagues ask me, “Can’t your wife get a job where you work?,” or “You’ve got a good publication record; why don’t you apply for jobs at more research-oriented universities?” Arguably, there are some latent sexist or patriarchal assumptions underlying these questions.

Presumably as someone who identifies as an academic, I have a career — perhaps even a “vocation” — whereas my wife, a public school teacher, has a mere job. Careers have trajectories and involve planning, nurturing, the accumulation of social capital, networking, and so on. A job by contrast could be picked up or discarded for another job which would be its functional equivalent. Why can’t she just swap jobs so I can pursue my career? 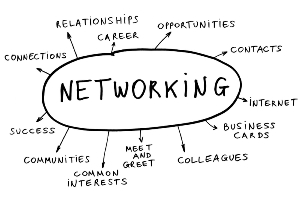 Two key questions come to my mind. First, is there a latent assumption of male privilege, that my career would be more important than hers? Or is it assumed that as a woman, my wife can’t have a “career”? Is it that men have careers, but women have jobs? Second, if it is the case that a woman could in fact have a career, is it nevertheless automatically assumed that academic careers are more important than careers in public education? Is it possible that primary and secondary teacher education is belittled in contrast to college teaching because the former is traditionally and historically populated by women and the latter by men? Are primary and secondary teaching roles feminine and college professorships masculine—making the latter more important?

It turns out that my wife does, in fact, have a career. She’s nurtured her career through involvement with regional and state organizations (the Central New York Council for Social Studies and the New York State Council for Social Studies), for which she’s served as an officer, helped plan conferences, etc.; she’s earned tenure at her school and has a level of seniority that protects her from layoffs due to budget cuts; she has developed social capital as a union representative in her district; and so on. Because college-level academic disciplinary networks are national, my social capital and career could easily transfer to a new institutional context within the same nation; however, because of the local structural organization of school districts and teacher networks, my wife’s social capital would not transfer, for instance, to a new state within the same nation. If we moved to a new state — while I might be able to carry on as before with my career — her career would more or less have to start from scratch; she would need to build an all new local network of colleagues, involve herself anew in regional organizations, etc.

Reading assumptions into casual conversations is a precarious endeavor, and the questions I’ve asked above are just that — questions. I’m really not sure how to answer them. A part of me is tempted to chalk it up to the fact that of course people talking to me focus on me rather than my wife. However, my wife has pointed out to me — interestingly — that while in general people ask both of us about whether she will follow me (i.e., they will directly ask her why she doesn’t take a job where I work), I have never been asked why I haven’t left my position to follow her.

For all of these reasons, there is something odd about the way otherwise progressive colleagues ask me questions about my “wife” and her “job,” questions that certainly seem to have some latent sexist baggage. How different would it be if they asked about my “partner” and her “career”?