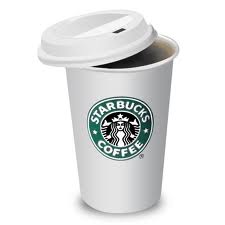 My husband and I walked into a Starbucks on one recent morning, where I ordered my usual (a quad decaf espresso – ‘cause I like to chew my coffee but don’t want to have a heart attack while doing it), and he ordered a decaf pour-over. If you’re not familiar with this, it’s the name for a coffee-making technique that – as the name implies – involves pouring hot water over individual portions of coffee grounds. The rationale behind it is that it provides a very fresh tasting cup of coffee, something particularly important when you’re ordering decaf (which grows bitter and acidic quickly while it ages in those commercial carafes).

The employee at the register grew clearly nervous at his request. As she pointed at the freshly brewed carafe of decaf behind her, she attempted to convince him that it was likely to be just as good. He insisted that he preferred the pour-over. After some hesitation, she confessed that she really wasn’t supposed to make pour-overs during high traffic hours because of the extra time that they took, but that she would oblige him on this occasion because the rush-hour crowd had already died down.

With that disaster averted, we collected our beverage contraband and proceeded to a small table with three coffee-themed photographic pieces neatly arranged above it. In one picture, the hand of a woman with dark skin holds very small, espresso-style, handle-less cups, into which dark liquid — presumably coffee — is poured from a crude ladle. The fabric of her ornate clothing appears in the corner of the scene. In the second picture, a very black hand selects individual, unroasted coffee kernels from a large collection of various beans arranged in neat wooden boxes. The final picture shows a line-up of three cups of coffee as if they have just emerged, fully brewed, from a coffee-roasting chute (portrayed in soft-focus behind the cups themselves). Coffee grounds litter the picture here and there, and the cups are stained as if they have been overfilled and the residue of the overflow has dried.

Feeling a bit snarky, I commented that had Starbucks been investing in workers who take the time to individually select our coffee beans, I doubt that they would have much cared about taking the time to make a pour-over. My husband, in turn, noted that the freshly-washed table at which we sat and the health department signs visible from our seats were a far cry from stained cups and wayward grounds.

It takes little investigation to see that apart from the fact that we were drinking coffee – in cups still bearing the odor of the Sharpies used to write our names and orders – we likely had very little interface with the culturally “exotic” world of coffee portrayed in those shots, if only because I suspect that those images do not actually exist as a normal part of Starbucks’ coffee production plan. No, a much more likely scenario involves factories, industrialization, performance standards, and fiscal projections that make a much less inspiring scene under which to share a beverage with a friend. Even if one could make the (strained) argument that what those images portrayed was the actual production process that made our coffee, what these pictures communicated was not intended to be informational, but emotional – to convince us that somehow, the debate on the wisdom of offering rush hour pour-overs could be eclipsed by this authentic coffee experience that began with the serene, bucolic lives of workers in some far away land.

That may sound like a ridiculously simple observation, but I think that it may help direct our attention to how much the mechanics of reality suspension play into reality building. Put another way, our perceptions of the categories that create our sense of reality are lodged in scenarios that we often otherwise admit don’t interface well with the world of “objective facts” in which we frequently put so much faith.

A friend who is a hairdresser once remarked that one of the most volatile professional situations in her work involves clients who come in armed with a celebrity photo and wanting that same hair. While it’s helpful to have a picture of how you should cut or color someone’s hair, she remarked, many clients with photos plucked from magazines are usually less than completely happy with that hairstyle in the absence of the face, body, and lifestyle of that particular celebrity. So while we all know that hairstylists aren’t plastic surgeons, wealth managers, or talent agents, this doesn’t keep many people from expecting that their new look will be more than a mere haircut.

This stands as just another piece of evidence of the way that the identity categories through which we move in the world are very, very far from perfectly “objective,” self-evident states, nor are we even consistent in our application or expectations of them.  Rather, assessing how and where we fit in within our culture’s definition of “reality” is more a matter of strategy and conformity than objectivity, as well as choosing when and where one engages in suspending one narrative in favor of another.