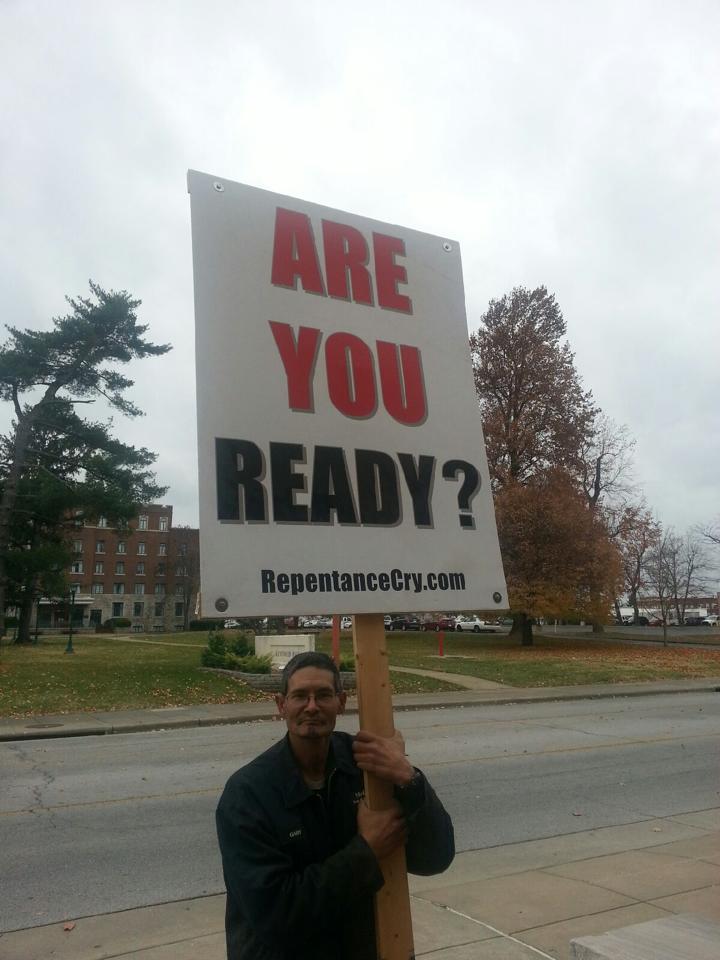 Culture on the Edge‘s Monica Miller is presenting at Skepticon 6, which is held annually in Springfield, Missouri. While there, she’ll be sending us her notes from the field.

Of course a conference like Skepticon, the largest free convention for Atheists, Freethinkers, and Skeptics would draw counter-demonstrations who believe that everyone here is destined for the fiery pits of hell.

Such public displays of protest speak to the manner in which the very contestation of something like belief is a rhetorical economy that heavily relies upon de-legitimatizing its supposed antithesis.

Thus, here, this protester, much like scholars in a wide variety of fields, including religious studies, is caught up in preserving grand claims to Truth through the back and forth tennis match of rhetorical battle.

I personally have no interest in staking a claim in the match itself or weighing the supposed truthiness of one side or another. Rather, I’m more inclined to study, and am made much more interested by, exploring what strategies make up the contest itself.