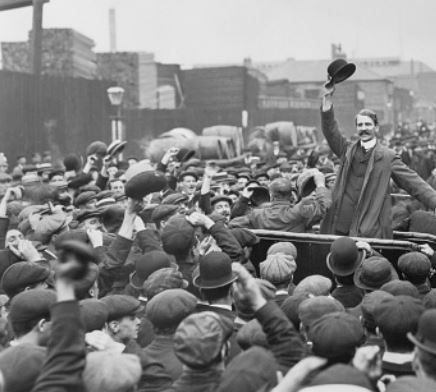 With Merinda Simmons’s post in mind, from a few days ago, concerning the use of “feelings” in current political discourse, a couple things stood out this morning in a radio story on a supposed shift in current US politics.

Give it a listen (or click here if the player doesn’t load):

John Dickerson, a US journalist, points out how once rational campaigns — which had substance, premises, policy, and persuasive argumentation — are no longer the norm. For although it has always played somewhat of a role, the connection between voters and politicians is now, he concludes, “all about the gut.”

But then, elaborating on this shift to the gut, he curiously adds:

This feels older in its elemental appeal to voters than some of the other campaigns I’ve covered.

And then, later, in the same interview, commenting on watching a Hillary Clinton speech, when she looked straight into the camera to address Trump directly, he adds:

I felt like … that was a moment of toughness…

So what we have here is someone who feels that non-rational feelings are driving elections more now than then.

Perhaps his very analysis constitutes evidence that he’s onto something?