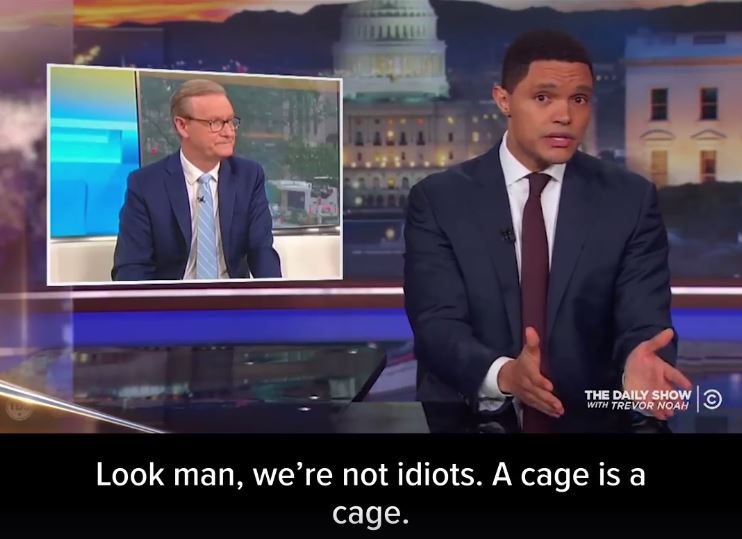 That these now unaccompanied children are being held in various locales around the US (including tent cities and in what certainly seems to be hastily created facilities in what were once so-called big box stores), with no indication when they will (or even if they will) be reunited with their parents, has caused outrage in the past days among some while, for others, has prompted strong defenses of the policy (which has been described by supporters of the administration as not being a policy at all but, instead, the sad effect forced on them by what they term “a broken immigration system”).

Among the many lessons in all this for the social theorist — one learned long ago, of course, but which must be relearned by each new generation of scholars — is that disputes over definition are never about the so-called real items being defined, as if we could just more closely examine them, to settle the controversy. Instead, such disputes point to disagreements at the level of social interests, making classifications a tool groups use to operationalize the differing ways in which they each see the world.

Case in point: when Fox News (which is, generally speaking, strongly in support of the administration) recently described the facilities in which these children are being held, they (predictably) steered clear of the term “cage,” one that is pretty obviously preferred by the left in its criticisms of the administration’s new practices. Instead, FOX morning co-host Steve Doocy noted that, rather than being cages, the authorities had simply “built walls out of chain-link fences.”

This is not to say that the children are obviously in cages either — for they could have been termed cells or holding facilities, or temporary housing, or…, well, any number of things but — and this is the important point — each comes with a valence and inflection of its own, one that suits the interests of the classifier.

So yes, they’re cages to anyone critical of this new practice of treating these arriving people as criminals and then (yes, forcibly or even surreptitiously) separating children from parents and guardians. But for those who are not, for those who (whether sincerely or not) claim it is an sad consequence of the US Congress failing to act, then they’ll go to considerable lengths to manage what people see on their TVs and read in the media and how they come to understand it all — even if their initial thoughts strike them as a pretty commonsense assessment of the situation.