If my previous post made any sense then scholars ought to cease looking for meaning, identity, or significance in the objects studied (like the holiness of the altar or debating which Muslim is the proper sort of Muslim). Rather than doing interpretive, let alone normative, studies we’ll instead examine the usually taken-for-granted systems that groups of people use to make sense of their world–to make the world as it happens to be into a manageable world that, if done “properly,” more than likely appears to all of us as if it always has been that way and therefore ought to continue being that way.

Case in point: I’d hazard a guess that many would agree that it makes little sense for scholars to debate whether the left is truly the left and whether the right is truly the right; so to ask whether our dog, Izzy, is really on the left or not is sort of silly, inasmuch as answering the question means normalizing an arbitrary point of view (i.e., when viewed from behind, she’s on the right, of course). But replace left/right with other conceptual pairs that we all routinely use to navigate the world in the most mundane and routine of ways (e.g., raw/cooked, clean/unclean, married/single, male/female, domestic/foreign, gay/straight, religion/politics…), and, depending what is at stake in the continued, smooth management that results from our “proper” use of each pair, then the ease with which we see the work they do will start to shift, making it increasingly difficult to imagine them as anything but neutral descriptors of a prior world’s natural and stable features. In fact, it’s not difficult at all to reach the point where historicizing some of the binary pairs that we all necessarily use to reconfigure our setting as (in the words of the late Michel de Certeau [PDF]) a “theater of actions” will be met with surprisingly (or, rethinking that, should I perhaps say predictably?) animated claims of traitorous blasphemy–or even worse.

But if “left” and “right” are only possible to think/think with, only possible to say, only possible to enact and move within, by means of judgments (e.g., “Izzy is, or perhaps ought to be, on the left”), which are themselves products of a subject situated within an enforced, historically-specific rule system–in this case, a yellow dotted line painted down the middle of asphalt that was itself put on top of a previously limitless expanse of grass, all of which created a walk here/not there distinction amid otherwise generic open space–then what about all of those other conceptual pairings that enable us to walk here or be there, allow us to like or dislike, friend or unfriend, agree or disagree? What usually unseen rules prompt and enforce them? What social actors benefit from their existence? What set of interests/modes of interaction are reproducible from their continued use–regardless who uses them and for what ends?

It therefore strikes me that scholars of signifying practices should be interested in the pre-conditions and settings of identification, rather than entering debates over correct meanings, orthodox practices, and the proper limits of identity. That there is much at stake in debates over whether a world without end actually has a history and edges indicates to me just how important the examination of those wider and prior structures are. 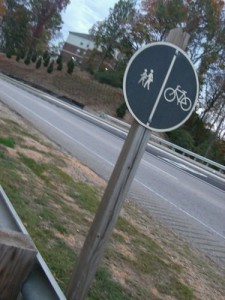