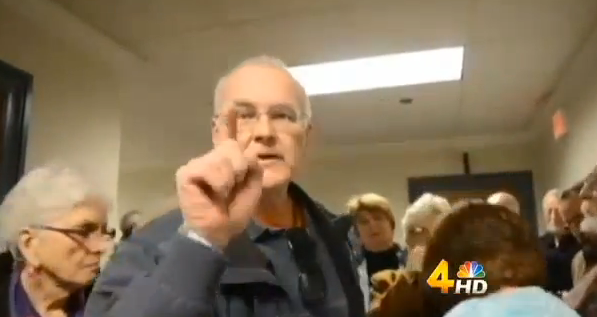 The latest installment of the “religion” wars (i.e., over what gets to count as, and receive the social perks of, religion) comes to us from right in the middle of Tennessee. The Islamic Center of Murfreesboro, whose construction began in the summer of 2010 after heated disputes over whether it should even be allowed to be built, is in the news again, with its hopes to add a cemetery to its property. Predictably, perhaps, local opponents are trying to stop it in court.

What’s interesting (or, perhaps, just as predictable?), though, is the role that the classification “religion” is playing in all this, such as the gentleman pictured above who, nearing the midway point in the following news report, filmed in the courthouse, says to the reporter, “It’s not a religion.”

But what may be even more curious is the way scholars will no doubt respond to this episode, playing their role in the tennis match by replying, “Yes it is!”

In other words, the category is being strategically used by all actors in this affair and one would hope that, rather than just taking their place in the shouting match, scholars would instead study the match itself and how deploying “religion” to make sense of what’s going on comes with all sorts of cultural capital and thus strategic utility, for any number of differing agendas that inevitably butt heads in the public square.

Our role, as scholars, is not to correct social actors (though I can’t imagine many scholars of religion able to resist it in cases like this) but to study them — all of them — and the way they navigate, in this case, questions of conflict and identity