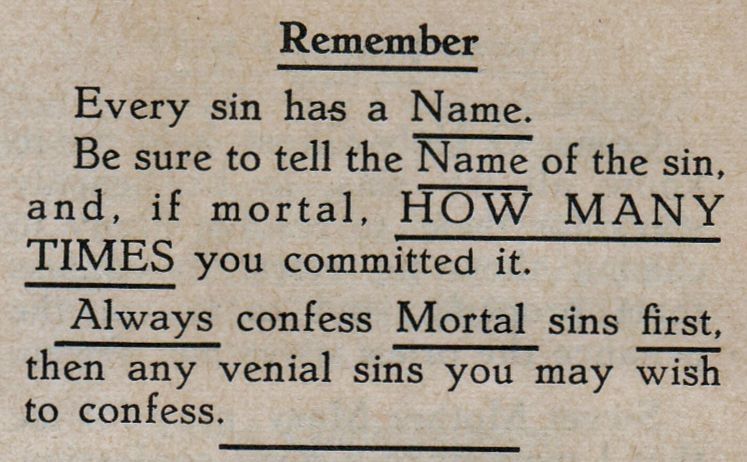 Retronaut recently posted a little Roman Catholic devotional booklet from 1927, “Examination of Conscience for Boys and Girls” — a booklet on identifying sins, “especially adapted for the age and circumstances of the average boy or girl in grade school.” Hunting around the web you can find mention of the publishing house begun in 1913, in St. Louis, that produced it (and a variety of its other such pamphlets, such as this one form the 1940s on the dangers of divorce [PDF]) — known as “The Queen’s Work,” and also learn that this popular pre-Vatican II children’s booklet went through at least 29 printings by the early 1950s.

The sort of fine-toothed classification of infraction and management of the body found in this little children’s book (Where can you go? Who can you associate with? How can you act? What can you read?) — what amounts to a proscribed system of self-examination and public confession — brings to mind a quotation from Foucault (The Technologies of the Self: A Seminar with Michel Foucault: [1988b: 20; 161-2]) that I once used as the epigraph to the last chapter in a book:

[Socrates’s] mission is useful for the city — more useful than the Athenians’ military victory at Olympia — because in teaching people to occupy themselves with themselves, he teaches them to occupy themselves with the city…. I think that the main characteristic of our political rationality is the fact that this integration of the individuals in a community or in a totality results from a constant correlation between an increasing individualism and the reinforcement of this totality.

The individualism associated with “know thyself” — γνῶθι σεαυτόν — is useful to the group because the standards of knowledge and the sort of individual that result, along with the sorts of allowable, moral, actions in which it is allowed to engage and the associations in which it is permitted to participate, all bear the authorized stamp and the interests of the group.

Far from being an isolated, lone wolf or free thinker, this individual is therefore a soldier no less than any other, fighting ongoing battles of identity and limit. The front of each new skirmish is therefore no further than your own doorstep.

Thus, there’s nothing individual about individuals. 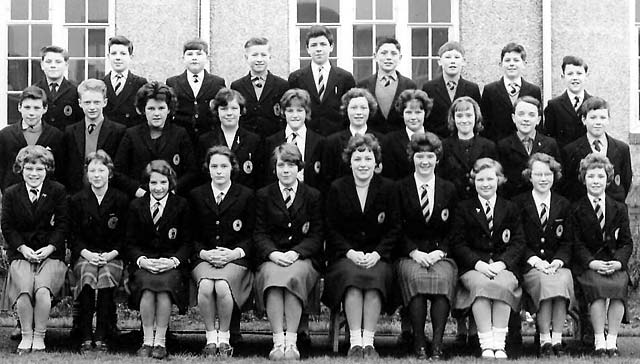