That the song — 2015’s S.O.B., by Nathaniel Rateliff & The Night Sweats — seems to be about an alcoholic at a make-or-break moment is completely irrelevant to the advertiser, of course, probably because of the catchy hook and the fact that it mentions drinking. And their product is something one drinks, so it’s a match made in heaven.

Until you know the lyrics, maybe?

But, as we recently saw in the case of Donald Trump’s tweet about Hillary Clinton, 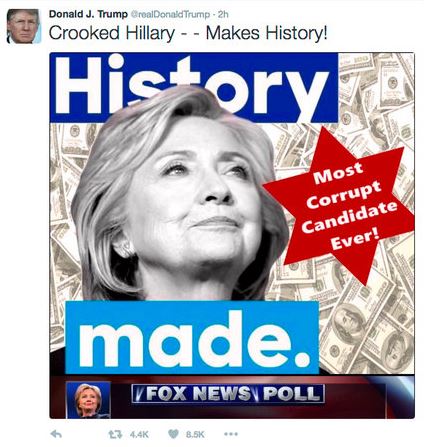 which included what many would call a Star of David (later changed to a red circle when they were called on it), signifers are not securely tethered to the earth; they float as freely as the interpreter’s efforts to make them work for their own purposes — such as those on the right who insisted that the reaction prompted by the tweet was evidence of political correctness had run amuck. 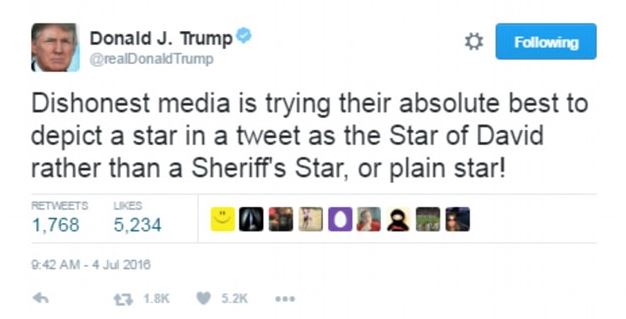 So just what do symbols really mean?

Or is that the wrong question to ask?

Might the better question be: Who is making the meaning — and yes, in this approach it is a constructive activity that requires creativity and labor — in what setting, for what audience, and for what purposes…?

If those were our questions then what would we make of that Trump controversy? And might we start to see Twitter as one of the manufacturing sites where some of that work is taking place…?

Oh, and here’s the music video for that song — you’ll see that it’s set in a prison. Quite some distance form the commercial’s colorful picnic. But does it matter? Apparently not to the Lipton executives.