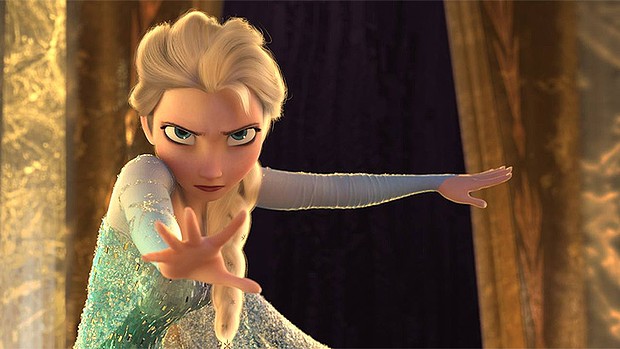 Have you caught the recent stories online about how political or culturally conservative groups are claiming that evil, pro-gay messages are being inculcated in innocent children by the movie “Frozen”?

Give him a listen.

What is most interesting in all this, to me, is not fears that bestiality is being subtly indoctrinated into children by Disney but, instead, how incredulous more left-leaning commentators are in their coverage of these right-wing charges.

For I have no doubt that plenty of hearts in those darkened theaters routinely swell at productions such as Disney’s, inasmuch as people assume such films somehow communicate implicit messages that they value and wish their children to learn — e.g., patience, tolerance, the importance of hard work and dedication, beauty lies within, loyalty, true love is possible, courage, truth-telling, etc., etc. That celluloid or digital images can somehow convey these meanings from the screen into little hearts and minds is unproblematically entertained by such viewers, of course, but what’s almost impossible for them to think, what they portray as almost ridiculous, is that yet another viewer, who comes to the same theater with yet another set of social interests, would find yet other messages in the images (after all, no signifier means just one thing, right? [Question: do I mean correct or the opposite of left…?]). In fact, even more bizarre is for many of us to imagine that others see the same messages as us but that they are utterly repelled by them.

So the interesting thing in all this is not that someone is so silly as to see just those meanings in the messages — for adopting such a stance is explicitly to adopt a normative position that seeks to advance one among many social options in contest with others — but how quickly we portray as silly those who see meanings other than the ones that caught our eye. In such situations, the last thing we’d want to do is “let it go” and just  accept them for who they are — indicating just how ineffective those movies’ heart-swelling songs may actually turn out to be in the end.