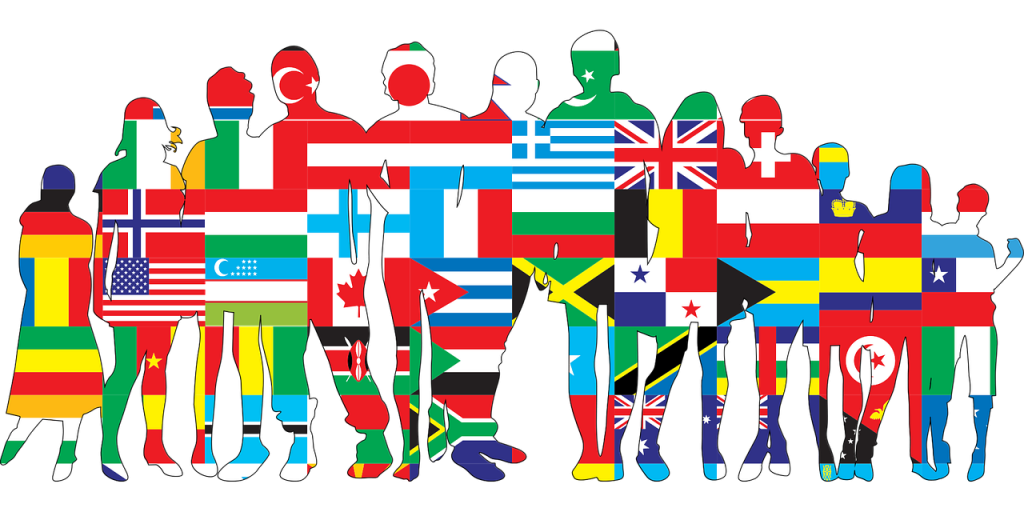 Emphasizing differences can generate ill-will and even violence, as we have seen (again) with the events in Charlottesville and the responses to it. But constructing differences is a central component of forming identifications and is not necessarily negative. The 1940’s US propaganda film Don’t Be a Sucker rejects discrimination against minorities in America and compares that position to Nazi ideology. While the film presents the creation of divisions as a problem, it also illustrates the positive side of division in a less direct fashion. If you haven’t seen it, it is worth viewing, particularly the first half of the film.

The relation to the recent public discussion in the US of neo-Nazi and white supremacist movements is obvious, perhaps, making the 70 year old film oddly current. What is more intriguing to me, however, are the implications of the sleight of hand within the propaganda film. (It is propaganda, after all, even if we agree with it.) The main character critiques the efforts of the political speaker to divide Americans between “American Americans” on one side and those whom the speaker labels foreigners, negroes, Catholics, and Freemasons, on the other. The main character suggests the similarity of the speaker’s effort to the Nazi movement in Germany dividing “pure Germans” from Jews, Catholics, Freemasons, and others. He specifically denounces the effort to construct subgroups, which generally strengthens the power of one subgroup. He asserts, “In this country we have no other people; we are American people.”

Certainly that is a sentiment than many of us embrace. The film’s sleight of hand, though, comes with this national unity as natural. Emphasizing all Germans or all Americans (excluding, of course, the various other nations inhabiting the Americas) creates and reinforces divisions on a different level, between one nationality and others, but that national division is not described as a negative in the film, obviously because of its role as nation-unifying propaganda.

Implicit within any construction of a group, as Fredrik Barth argued almost a half century ago, is the distinction of the in-group from the out-group, making the boundary dividing us and them the central element of analysis. Without a boundary, no group identification exists. This process is morally neutral, reflecting the interests of the in-group. Our reaction to those interests leads to the evaluation of an identity construction as good or bad. For those who want to live in a diverse society that affirms the worth of others, regardless of race, ethnicity, religion, sexual orientation, and such, the divisions that the Unite the Right rally in Charlottesville promoted are obviously understood as noxious and destructive. At the same time, movements that emphasize distinctions in order to generate pride among a minority group, whether it is gay pride or black pride or pride in an ethnic heritage, can be quite positive, emphasizing their diverse contributions to society. Although the pride movements often develop in response to discrimination that arises from divisions that others have imposed on them, their emphasis on constructed identifications has had what many see as positive effects to counter the discrimination.

While Don’t Be a Sucker suggests that we are all Americans, it is a judgement that necessarily excludes from that American community those who are unwilling to accept the equality and value of everyone in the United States. This point is not to say “Gotcha” but simply to acknowledge the necessity of division for any construction of identifications or promotion of group values. Divisions are, therefore, not the problem but are necessary to maintain any group or nation. The issue is which divisions promote the society that you want and which divisions threaten that society.