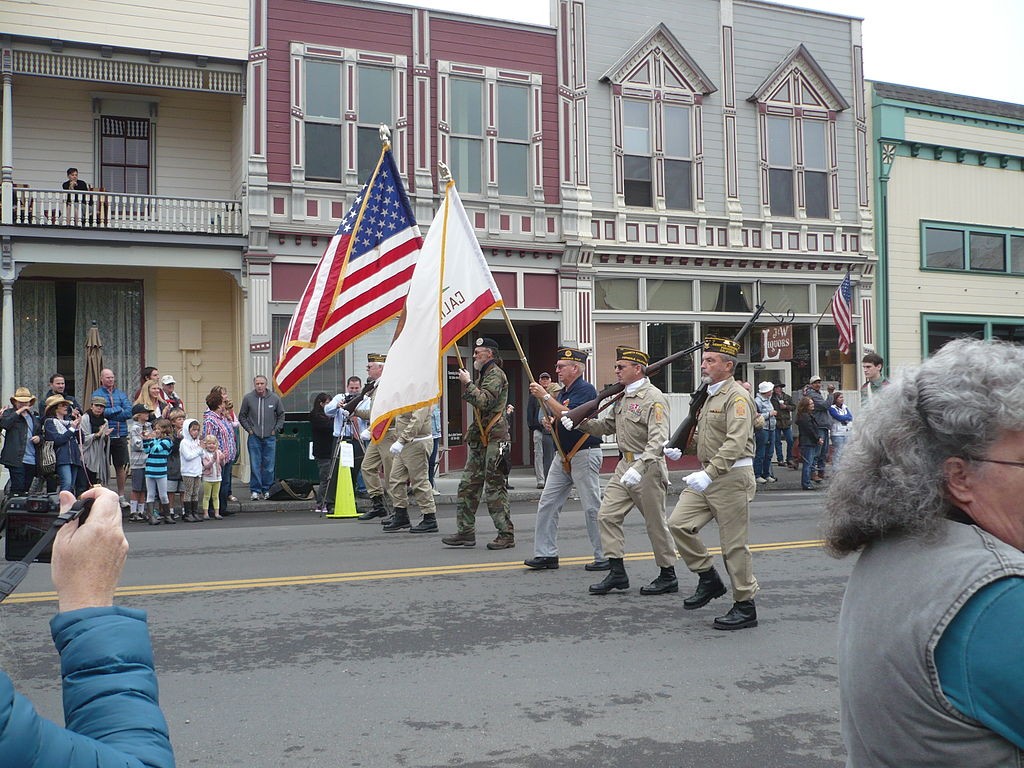 How do you celebrate your holidays? The Wikipedia entry for Memorial Day begins with the following description.

Memorial Day is a federal holiday in the United States for remembering the people who died while serving in the country’s armed forces… It typically marks the start of the summer vacation season, while Labor Day marks its end.

Many people visit cemeteries and memorials, particularly to honor those who have died in military service. Many volunteers place an American flag on each grave in national cemeteries.

Did your commemoration of the holiday a few weeks ago match this opening description? The article later references flags at half-staff until noon, speeches, and the Indianapolis 500 and further asserts, “For many Americans, the central event is attending one of the thousands of parades.” The entry makes no mention of all sorts of other things people do on Memorial Day. Some people spend considerable time in their vehicles in traffic, go to the lake or beach, or spend time with family. Several memes that I saw around Memorial Day complained about people focusing on their family barbeque and not suitably honoring those who died in the military.

While those internet memes were clearly prescriptive, the more general description of the Wikipedia entry also has a prescriptive quality. The decision to include certain activities in the description and exclude other potential descriptions illustrates how any description requires choices (as no one can include everything) and is thus limited rather than encyclopedic. As authors often choose to include what is most common, or idealized conceptions of practices, these limited descriptions often read as prescriptions of how people should celebrate.

Encyclopedias, whether Wikipedia or the print versions bought with a payment plan in the 70’s, are not the only source that operates in this way. Dictionaries very easily become prescriptive as they standardize meanings and spellings, even if the creator intended it to be a description of how language is used. Descriptions of groups in other sources, including textbooks, lectures, and other academic sources, easily become read as prescriptions.

What makes this more pernicious is that the descriptions of the world that easily become prescriptive reflect the choices, and thus the observations and interests, of a limited group. In the case of Wikipedia, its creators assumed that the truth, or at least accuracy, comes through bringing together different observations of the world. This crowdsourcing becomes relatively conservative (in the broader, non-partisan sense), highlighting dominant narratives (and counter-narratives). While different viewpoints are supposed to be included on a Wikipedia entry, any difference of opinion needs a critical mass to make it onto the page. The process is further limited by the self-selection of Wikipedia contributors. Headlines a few years ago emphasized the male-dominated crowd that contributes to Wikipedia, but other factors, such as class and age, also limit the descriptions presented.

Since our backgrounds, interests, and commitments influence what we notice, what we consider important to describe, what narratives we find convincing, descriptions are not neutral but reflect issues of power in terms of who contributes to Wikipedia and other sources of prescriptive descriptions. As authors of various works make choices about what practices and ideas to describe and thus establish, intentionally or not, prescriptive accounts about what practices or beliefs a community should follow, the constructions of a few become reinforced as the norm.