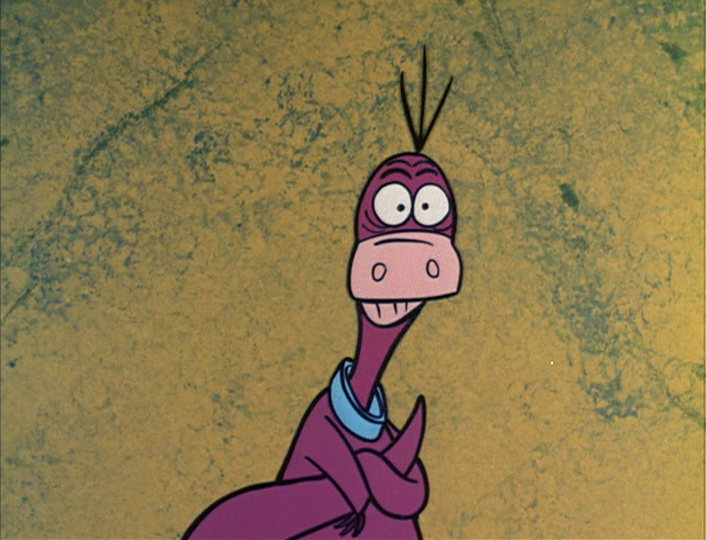 As a little kid in the early 1960s, I guess I decided that the hooded sweaters I sometimes wore made me look like Dino the dinosaur — you know, from “The Flintstones”? I don’t think we had a specific name for them yet — at least we didn’t call them “hoodies,” as people do now. Instead, opting for brutal descriptivism (which sounds like a 1960s architectural movement), I’m guessing that we just uncreatively called them “hooded sweaters.”

So I was ahead of the crowd by branding mine — as well as the identity that I likely thought I took on when wearing it. (Did I then run around the house yapping and wagging my tail?) And, as I recall, naming those sweaters a “dino” caught on in my family, perhaps as a polite deferral to me, the youngest.

But it’s another memory that makes this story interesting to me now, and the reason I’ve told it a few times over the years. For I also recall, some years later, being in my first year of undergrad, about to leave the residence one evening — to go to dinner or a bar — and joining friends in the hall, but then realizing it was likely going to be a little cool that evening and so, as I turned to run back to my room, saying something like:

Hold on; let me go get my dino.

As I remember it now, I recall realizing, even as the words came out of my mouth, that I was likely the only human being who called it that. That is, I distinctly recall the embarrassment of knowing that a childhoodism had escaped into the public domain, especially cringe-worthy at an age when I was knee-deep in carving out an adult identity for myself, one that shook off those childish things that I now apparently had nothing to do with. But despite all those efforts, my childhood had caught up with me.

Why this memory attracts my attention now, though, has more to do with how nicely it illustrates the way that our familiar is often understood as universal, and thus the way that we normativize what is actually happenstance and contingent. For I’d probably named that thing a dino so many times over the first 19 years of my life, in familial settings, that it was surely impossible for me not to see a hooded sweater as a dino — at least until I found myself in an alien setting, surround by people for whom my local was itself profoundly alien. And so, while at home everyone would know what I was talking about, running back to my residence room to get a sweater on a chilly evening I might as well have been speaking a foreign language.

Well, I was, actually; for I’d uttered a familiar signifier, yes, but which had been privately resignified.

So I’ve found that thinking back on that moment — the position of my friends, who were clearly puzzled (for I then had to go into a long explanation that resulted in my being teased a fair bit), and then comparing it to my own position at the time, naively speaking what I had thought to be a self-evidency — provides a nice little moment where we can see a host of issues of importance to anyone trying to study signification and identification as historical acts. For until confronting that boundary situation, when the local is out of its element, the norm was impossible not just to examine but to even identify, for until then it was just as invisible as the air we breath.

I didn’t have the vocabulary to think this through back then, of course, but now, it’s an occasion to consider why we do comparative analysis as scholars. For, as Bruce Lincoln phrases it in his well-known “Theses on Method“:

Simply put, I probably didn’t even realize that I called it a dino, much less why, until I met people who didn’t.